Over the years, Brunei Darussalam has produced a conveyor belt of swimming talents, as is notably evident from the series of open and age group records achieved as well as numerous accomplishments in national meets.

As the sport ushers in a new era of talent, an exciting future lies ahead with the emergence of new names seeking to further impress in both the local and international arenas and complement the currently active batch of swimmers.

The SEA AG meet represents the pinnacle for young swimmers in the region and also serves as a pathway towards achieving more success in high profile competitions such as the SEA Games.

The country’s last participation in the Southeast Asian meet came in the 43rd edition at the Morodok Techno National Stadium in Phnom Penh, Cambodia in June 2019. 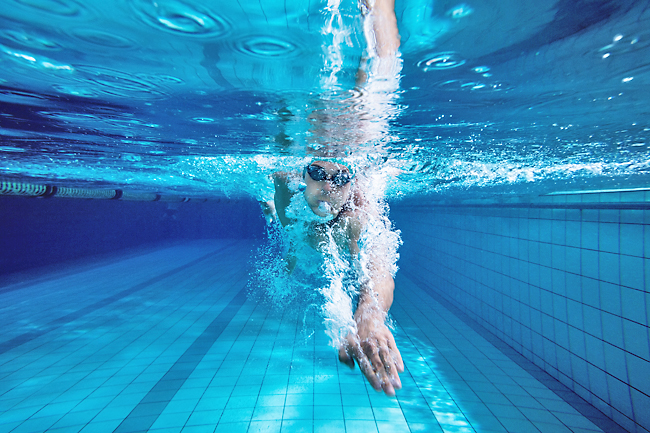 Chai, one of the top female swimmers during the late 2010s, set a new national open record in the 200m backstroke event, trimming her old time of 2:38.30s which she managed in 2016.

The national swimmer, whose international experience took her to the 2015 Commonwealth Youth Games (CYG) in Samoa, enjoyed a fine season after setting the 100m backstroke open record at the 8th Brunei Open and Masters Championships with a time of 1:13.29s.

It has been a common trend that over the past decades, serial winners and record breakers in national meets have etched their name in the country’s history before being succeeded by the next generation.

The Sultanate is keen to develop new talent so that they will be able to showcase their abilities of performing at a higher level, especially in prestigious competitions such as the World Championship.

Last year, the achievements of swim sensation Hayley Wong made headlines after breaking a set of records, most notably Nuralia Abdul Rahim’s long-standing 31-year record in the 200m breaststroke event.

The young star has also been selected to represent the country in the 19th FINA World Swimming Championships in Budapest, Hungary, one of the prestigious competitions in the world, later this month.

She leads the latest generation of female swimmers in the country, which now includes Sharmeen Md Mharvin, who earned her breakthrough season at the BAG Championships.

The 13-year-old appeared to be the most decorated winner in the event with a flurry of gold medals in her vast collection, illustrating her talent and potential in her steady rise as a national swimmer.

In order to be in contention as part of the national set-up, potential swimmers will need to set new standards, including finishing in the top three positions in national meets such as the BAG or the Open championships.

The unparalleled quality and enormous talent of female swimmers in the country is not new with a number of talents dominating the national scene in the past decades.

The late 2000s and early 2010s ushered in the era of a talented female group of swimmers including Maria Grace Koh, Tiara Shahril Anwar, Nur Hamizah Ahmad and Amanda Liew, owing to their successes in various meets.

With the resumption of sports competitions in the Sultanate, the country’s current pool of talents also includes the likes of Zeke Chan and Joel Ling, both of whom had represented the country at the regional level before the COVID-19 pandemic.

Chan was part of the national team that competed in the 41st SEA AG Championships in 2017 which Brunei played hosts.