RESULTS for examinations at various levels of education were recently released, along with statistics pertaining to the performance attained.

The Ministry of Education (MoE) through the Examinations Department released the results for the Brunei-Cambridge General Certificate of Education (GCE) ‘AS’ and ‘A’ Level examinations for October/November 2018 on January 21.

A press release from the MoE revealed statistics showing that, out of 1,713 candidates who sat for the ‘A’ Level examination, 1,608 candidates or 93.87 per cent have attained at least one ‘A’ Level, an increase of 0.65 per cent from last year’s results.

In addition, the examination results of the Brunei-Cambridge GCE ‘O’ Level and the International General Certificate of Secondary Education (IGCSE) for October/November 2018 were announced on January 29. It was shared that Pengiran Jaya Negara Pengiran Haji Abu Bakar Secondary School retained its position with 100 per cent passes (at least five ‘O’ Levels) as with the previous year, while another school achieved 97.75 per cent passes and two more achieving 83.72 and 80 per cent passes.

The MoE shared that 31 out of 49 schools, comprising 23 government and eight private schools, have shown improvement between 0.71 per cent to 32.94 per cent compared to 2017.

Meanwhile, the Primary School Assessment (PSR) results for 2018 were announced last November, and showed that Brunei Darussalam has seen a 2.83 per cent increase in the attainment of A-C grades passes across all give subjects in the examination.

Among a total of 4,414 government school candidates, 68.60 per cent or 3,028 attained A-C grades passes for the five subjects, an increase of 1.65 per cent compared to the previous year.

It was also reported that the 73.58 per cent A-C grades pass rate achievement in the 2018 PSR marks the second consecutive year in which improvements have been seen in this grade range for the exams (a 68.23 per cent pass rate was recorded for 2016), a sign of the ever-improving quality of education in the country. 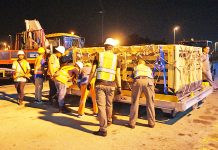 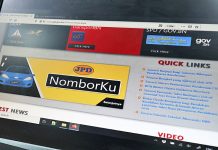