Brunei Darussalam and Singapore agreed to establish a training programme for civil servants from the Sultanate towards increasing their capacity and cooperation under relevant sectors, through work placements in government agencies of the republic.

On expanding education cooperation, a scholarship will be introduced to open up opportunities for Brunei students with excellent performance to pursue studies from secondary level until higher education in Singapore.

His Royal Highness was greeted upon arrival by the prime minister.

During the courtesy call at the West Drawing Room, His Royal Highness and the prime minister also exchanged views on expanding bilateral cooperation between Brunei Darussalam and Singapore including cooperation in the downstream industry, exploring strategies to protect the environment and sharing experiences on post-COVID-19 pandemic recovery. 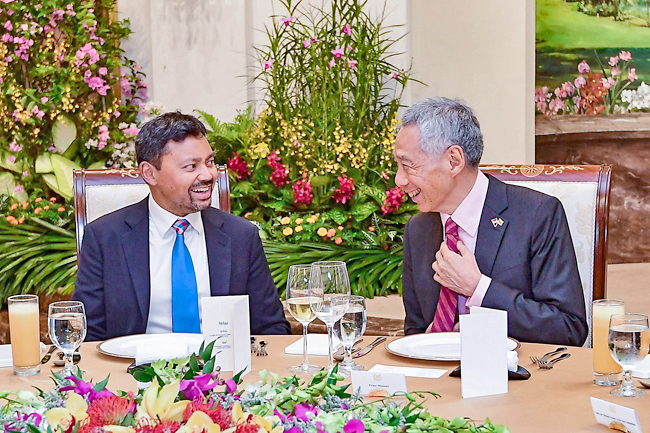 Their Royal Highnesses visited several areas in the River Wonders including the Amazon Flooded Forest, the Squirrel Monkey Forest and Panda Exhibit. This was followed by a breakfast.

The visit provided the opportunity for closer interactions between the younger generation of leaders of Brunei and Singapore, which clearly reflects the special and long-standing relations between both countries. In addition, the visit looked to increase knowledge of animals, flora and fauna, awareness on the environment and nature, as well as the preservation of endangered animals.

River Wonders is a park that houses over 7,500 animals from 240 species of land and water habitats as well as wildlife from around the world.