BRUNEI Darussalam is in seventh place in the Global Talent Competitiveness Index (GTCI) in the Asia-Pacific, coming in 36th in the global rankings with the score of 49.91.

Released on January 21 in Davos, Switzerland, ahead of the World Economic Forum, the yearly index, which measures how 125 countries are able to attract, nurture and retain talented people, was compiled by the French business school Insead, in partnership with the Adecco Group and Tata Communications.

Referring to Brunei Darussalam’s position at the table, the report said that among the eight countries new to the GTCI this year, the Sultanate is the only one classified as a high-income country.

The index showed its ability to enable talent with the Sultanate performing the strongest in the pillars related to Enable (28th), and Vocational and Technical Skills (24th), and Attract Talent (37th), while its main constraint is in Global Knowledge Skills (51st) and in Growing (65th) talent.

However, the report said that Brunei Darussalam is among the 10th best performers for the Eastern, Southeastern Asia and Oceania.

The 2019 Global Talent Competitiveness Index (GTCI) report reveals that Switzerland, Singapore and the United States continue to lead the world in talent competitiveness, while countries in Asia, Latin America and Africa are seeing a progressive erosion of their talent base.

The report confirms that talent issues have become a mainstream concern for firms, nations and cities, with talent performance seen as a critical factor to growth and prosperity.

This year’s report has a special focus on entrepreneurial talent – how it is being encouraged, nurtured and developed throughout the world and how this affects the relative competitiveness of different economies.

New approaches are emerging to stimulate entrepreneurial and intrapreneurial talent and futureproof employees – for example, the efforts to develop bottom up innovation and empower employees.

Such progress is especially true in the cities, where ‘Smart cities’ ecosystems are increasingly acting as talent magnets.

The report also reveals that cities, rather than countries, are developing stronger roles as talent hubs and will be crucial to reshaping the global talent scene. This growing importance of cities is due to their greater flexibility and ability to adapt to new trends and patterns – as nimble economic units where policy can be changed more swiftly, cities are thus more attractive for talent, especially entrepreneurial talent.

The top-ranked city this year is Washington DC, followed by Copenhagen, Oslo, Vienna and Zurich. Washington’s position can be attributed to its strong performance across four of the five pillars measured in the research, specifically in the ‘Be Global’, ‘Attract’, ‘Grow’ and ‘Enable’ pillars. Its steady economy, dynamic population, outstanding infrastructure and connectivity, highly-skilled workforce and world class education are all characteristics which contribute to making the city such a talent hub.

Executive Director, Global Indices, INSEAD, and co-editor of the report Bruno Lanvin commented, “In the top 10 of talent competitiveness ranking, only two non-European countries can be seen: Singapore and the USA.

“This underlines that Europe remains a talent powerhouse, but also that countries with great universities and a strong education sector are best at attracting talents. Because high-level talents are also more mobile internationally, no comparative advantage can be seen as irreversible, and those countries will need to remain open and innovative to keep their leadership.”

Felipe Monteiro, INSEADAffiliate Professor of Strategy, Academic Director, and co-editor of the report, further stated: “Entrepreneurship appears to be a decisive talent to succeed; all types of organisations have to attract and enhance entrepreneurial talent, in an era where ecosystems around the globe are drastically reshaped by digital transformation.”

The report measures levels of Global Talent Competitiveness by looking at 68 variables. 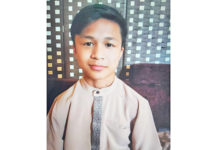 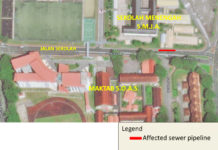