Brunei Pegasus will play their first-ever match at the All-Star Gear Up games from February 1-2 at the Brunei Basketball Association (BBA) Court in Batu Bersurat.

The Brunei-based professional basketball team, who are set to compete in the Thailand Basketball Super League on February 8, will test their grit against a team comprising five basketball players from the United States.

“We are here to announce that we will be hosting two All-Star Gear Up games next weekend in preparation for the competition,” founder of Brunei Pegasus Samuel Jong told a press conference at Badi’ah Hotel yesterday.

“This will give everyone the opportunity to see Pegasus in action for the first time ahead of next month’s tournament.”

Samuel added, “The vision of Pegasus is to develop Brunei’s basketball and take it to another level. Every country in Southeast Asia has been improving so we decided to bring Brunei back to the professional scene.

“Currently, we are in discussion with the Brunei Basketball Association (BBA) to develop a programme for grassroot level and young basketball players. We hope the development programme will enhance the skills of our young players, who will contribute to the pool of players for Brunei basketball national team,” he said.

They have recently acquired players from the Philippines – Roider Cabrera, ASEAN Basketball League (ABL) winner Patrick Cabahug and ABL’s Lifetime Achievement Award recipient Leo Avenido. The team are also boosted by the arrival of a seven-foot-one Pavle Cevtinovic from Serbia.

Pavle Cevtinovic in an interview said, “I come here to help Brunei Pegasus in the Thailand professional league. I think the team has the potential to be the best in ASEAN with the talent of Samuel Jong as the agent. As a new team in the league, we will do our best to be competitive.

“I want to call on all local basketball enthusiasts to come and watch our exhibition game against the American players on February 1 and 2.”

Coach Padrigao has suggested that the smaller basketball scene in Brunei needs to be improved.

In comparison to the Philippines, the head coach said, “There is a big difference. We plan to uplift the culture of basketball here so we start with Brunei Pegasus. I will train and make Pegasus a competitive side. We’ll see how it goes.

“We still have two weeks to prepare. By the time we arrive in Thailand, I think we will be ready and in good condition. I have high hopes for the team,” he added.

Tickets for the exhibition match are available at Coco Cafe in Batu Bersurat and Sing Yin Huat Auto in Gadong. 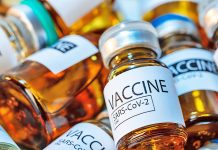 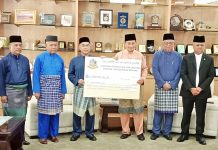 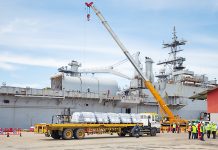