Brunei Pegasus performed in front of the home crowd for the first time during the first of the All-Star Gear Up games against Team Miller at the Brunei Basketball Association Court in Batu Bersurat last night.

The home team entertained the crowd with successive three-pointers to move into a 9-4 lead in the opening periods of the game and a well-timed block by Kel Hung when the score-board read 10-14 in favour of the hosts excited the crowd even further.

The lively Takumi Shioga was energetic in his dribbling when he was introduced into action and a swift pass from Darren Yap who pulled Brunei Pegasus with some distance.

Founder of Brunei Pegasus Samuel Jong said in his opening remarks, “This is a newly formed basketball team aimed at promoting and developing Brunei basketball while taking it into the next level.

“In the following week, we will debut in the Thailand Basketball Super League where we will compete against the top basketball teams in the region from Malaysia, Singapore, Thailand, Laos, Vietnam, Indonesia and the Philippines.”

He added, “The basketball scene in Southeast Asia has been rapidly growing in popularity. That being said, we decided to bring Brunei back to the professional scene.

“We hope that with our participation in Thailand, it will inspire more youth to join basketball and contribute to the pool of players for the Brunei basketball national team someday.”

He said that the basketball game against Team Miller was part of their preparation for their debut next week, adding that they have undergone intensive training in the past few weeks. 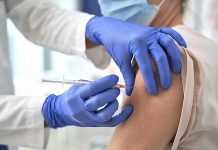