Minister of Religious Affairs Pehin Udana Khatib Dato Paduka Seri Setia Ustaz Haji Awang Badaruddin bin Pengarah Dato Paduka Haji Awang Othman, as the Chairperson of the Executive Committee of Major Islamic Events Celebration for 1442 Hijrah, said in his welcoming remarks, “His Majesty Sultan Haji Hassanal Bolkiah Mu’izzaddin Waddaulah ibni Al-Marhum Sultan Haji Omar ‘Ali Saifuddien Sa’adul Khairi Waddien, Sultan and Yang Di-Pertuan of Brunei Darussalam pays great attention to religious affairs, both as an institution and as a working mechanism, which in turn provide the catalyst for religious teaching in the country to be upheld and implemented wisely on the right course, in order to enhance the peace and stability that the citizens and residents of this country enjoy and which needs to be preserved. 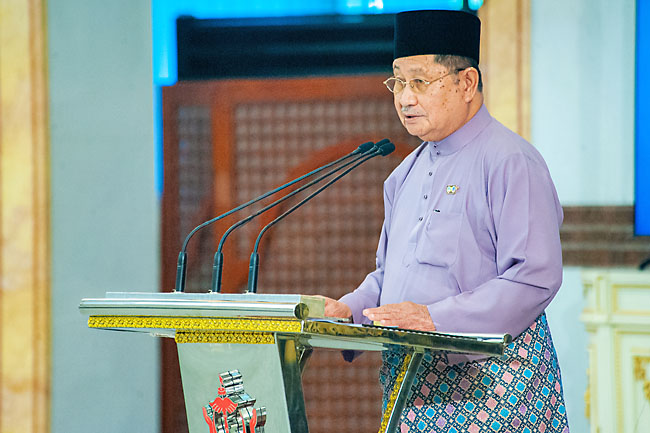 “We will continue to observe historical events in Islam, which is the official religion of this country.”

The recitation highlighted several types of intonation in Al-Quran recitation (Tarannum Al-Quran) such as Bayyati, Hijjaz and Jiharkah.

The event continued with a special talk, ‘Prayer is the Core towards the Excellence of Ummah’ (Sembahyang Teras Kecemerlangan Umat), by Mosque Affairs Officer at the Mosque Affairs Department under the Ministry of Religious Affairs (MoRA) Pengiran Ahmad Faris Ramadhani bin Pengiran Haji Sellahhudin.