“Food can be a major driver for visitors when choosing a destination; hence gastronomy tourism has evolved to encompass activities beyond the plate,” said Minister of Primary Resources and Tourism Dato Seri Setia Awang Haji Ali bin Apong at the launching of Brunei Gastronomy Week (BGW) 2021 yesterday.

“This includes attending food events and festivals, visiting local markets, taking cooking classes, going on food tours, and learning about the production of food by visiting farms and producers,” he added.

The minister urged all tourism service providers “to look beyond providing just a normal package tour; and look into more experiential, community based or ecotourism initiatives, as well as sustainable tours, to make the tourism offering more attractive for both domestic and international visitors”.

The two-week event was officially launched by the Brunei Tourism Board and the Ministry of Primary Resources and Tourism (MPRT) in conjunction with the 37th National Day celebration.

The minister also presented certificates of participation to all of the involved agencies.

Meanwhile, Mulia Hotel won over the judges with its Grilled Prawn with Coconut Kerabu starter, to claim the Best Starter Award for BGW 2020. 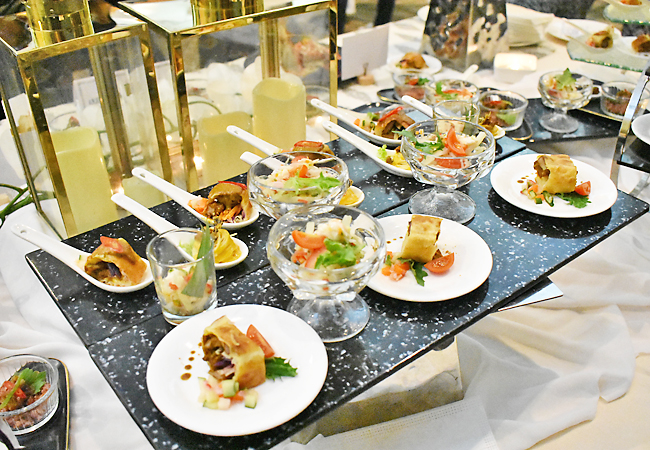 Head Chef at Mulia Hotel Chef Zamrul Hafizi bin Mohammed Ismail said the win was beyond his expectations, as he had created the starter during his spare time.

His winning starter was a fusion of Asian and Western cuisine, where the grilled prawn with coconut Kerabu flesh, mixed with coriander dressing, gave a combined taste of sweet, sour and tangy.

Best dessert winner Haji Hasizul Bahrie bin Ibrahim, who is a Cook II at The Horizons Seafood Restaurant, said that the entry was mainly prompted by enthusiasm at creating his own coconut-based dessert.

The chosen theme for BGW 2021 is Selera Bruneiku, which is an extension of the Domestic Tourism Campaign launched on November 4, 2020, to celebrate local cuisines that can be found in all districts.

Sixteen hotels, restaurants and food service providers will be promoting their own signature dishes such as Bamboo Chicken by Sumbiling Eco Village, which is a local favourite in Temburong; Daging Salai Masak Lemak by the Institute of Brunei Technical Education (IBTE) School of Hospitality and Tourism; and Bidasari Grilled Organic Chicken by Eco Ponies.

This year’s event will feature young budding chefs who have gained followings on social media over the years for their signature dishes, namely Muris, U’zaiz, Terry’s Supper Club by Terry Wong, Plat Du Jour by Aziz Mokhsen and Karbs.bn by Kahar El-Fiarra who will be showcasing their take on Selera Bruneiku dishes at a special event on March 6 -7, at Avenue 41 in Kiarong.

Members of the public are invited to take part in the BGW 2021 experience from February 23 to March 9, at participating venues.

The MPRT has also collaborated with the BAH and the Brunei Food Awards Company to invite several hotels and restaurants in Brunei Darussalam, to participate in this yearly event.