Brunei Darussalam and the People’s Republic of China celebrated the increasingly strong relations between the two countries as strategic cooperative partners.

Under the guidance and leadership of the two heads of states, both sides agreed to enhance political mutual trust, deepen mutually beneficial economic cooperation, strengthen people-to-people exchanges, and develop cooperation in areas of mutual interest on the international stage.

Both sides highlighted 2021, which marks the 30th anniversary of the establishment of diplomatic relations, acknowledging it as a significant milestone for the Brunei Darussalam-China relations.

Both sides announced the launch of activities to commemorate the anniversary and look forward to bilateral cooperation in spite of the challenges posed by the COVID-19 pandemic.

Brunei Darussalam congratulated China on the upcoming 100th anniversary of the founding of the Communist Party of China and commended China’s efforts in eliminating poverty and improving the living standards of the Chinese people.

Brunei also expressed confidence that China will be successful in completing the goal of building a moderately prosperous society in all respects.

The Sultanate welcomed China’s proposal to look into ways of synergising China’s Long-Range Objectives Through the Year 2035 with Brunei Vision 2035 in further promoting bilateral relations. 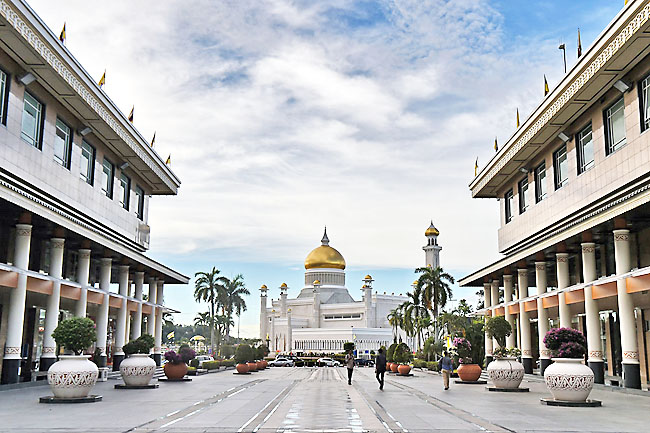 Both sides recalled the successful Inaugural Meeting of the Joint Steering Committee (JSC) held in Beijing in 2020 recalling the fruitful discussions on ways to further strengthen bilateral relations. Both sides also reiterated the importance of the Joint Steering Committee as an overarching mechanism providing strategic direction on cooperation between Brunei Darussalam and China.

Both sides re-emphasised efforts to work in establishing several working groups to discuss future cooperation in the 10 areas designated in the memorandum of understanding between the governments of Brunei Darussalam and the People’s Republic of China on establishing a joint steering committee: economic, commercial and technical areas; bilateral trade and investments; legal and judicial; energy; information and communications technology; transportation; maritime; construction; industry; and science, technology and innovation.

Both sides welcomed the early finalisation of the terms of reference of the committee.

Both sides also agreed to consider the terms of reference of these respective working groups as soon as possible. China commended Brunei’s successful efforts in managing COVID-19 in the country.

Meanwhile, Brunei commended China’s efforts in handling the COVID-19 pandemic domestically, and praised its efforts in leading global recovery efforts including ensuring Chinese vaccines are a global public good. Brunei Darussalam and China agreed to intensify collaboration in the area of vaccine procurement and deployment.

Both sides agreed to further deepen the cooperation of Brunei-Guangxi Economic Corridor as a linking hub between the Brunei Darussalam-Indonesia-Malaysia-Philippines East ASEAN Growth Area (BIMP-EAGA) and the New Land-Sea Corridor, and agreed to support the development of the second phase of Hengyi Industries Sdn Bhd.

Both sides acknowledged and agreed to strengthen the existing bilateral cooperation between Brunei Darussalam and China in various areas, including trade and investment, energy, agriculture and fisheries, connectivity, tourism, health, defence, and people-to-people exchanges. Both sides also encouraged the exploration of new cooperation in areas of artificial intelligence, 5G and mega-data.

Both sides emphasised the importance of holding regular dialogues on economic, trade and investment, including through the Consultative Meeting on Trade, Investment and Economic Cooperation (COMTIEC), and looked forward to convening the next meeting in the near future.

Both sides noted the steady progress of agricultural and fisheries cooperation, and agreed to strengthen cooperation in particular for the exportation of aquatic products.

In this regard, both sides looked forward to the signing of the Protocol between the General Administration of Customs of the People’s Republic of China and the Ministry of Primary Resources and Tourism of Brunei Darussalam on Inspection, Quarantine and Veterinary Sanitary Requirements for Farmed Aquatic Products to be Imported from Brunei Darussalam to the People’s Republic of China as soon as possible.

Both sides acknowledged that the COVID-19 pandemic has highlighted the importance of cooperation in the health sector and look forward to enhancing collaboration in the sector.

Both sides acknowledged that the COVID-19 pandemic disrupted the airline and tourism industry, and noted the postponement of the ‘Brunei Darussalam-China Year of Tourism’.

Both sides expressed hopes that as the world looks to recover from the COVID-19 pandemic, the connecting of flights and people-to-people exchanges between Brunei Darussalam and China can safely resume. They also welcomed the announcement of a fast lane arrangement between both countries.

Both sides agreed to further explore cooperation in the establishment of a green lane in ensuring stability and security of industries and supply chains. Both sides expressed belief that these initiatives would expedite further confidence in the safe movement of peoples and travel as well as the enhancement of people-to-people exchanges between the two countries.

Both sides welcomed the ongoing efforts to enhance the BIMP-EAGA–China cooperation.

Both sides lauded 2021 as the year of the 30th anniversary of the establishment of dialogue relations between ASEAN and China, and look forward to the commemorative activities.

Both sides agreed to further advance the ASEAN-China Strategic Partnership to new heights.

Brunei Darussalam welcomed China’s firm commitment in supporting ASEAN’s centrality in the regional architecture and China’s active participation in and contribution to various processes, including ASEAN-China Dialogue Relations, the ASEAN Plus Three (APT), the East Asia Summit (EAS) and the ASEAN Regional Forum (ARF). Both sides looked forward to further discussions on the building of the East Asia Economic community (EAEc), and solidified its support with the signing of the Regional Comprehensive Economic Partnership (RCEP) Agreement, and look forward to its early ratification.

Both sides agreed to continue efforts towards enhancing ASEAN-China maritime cooperation including exploring projects to cooperate in marine economic cooperation, such as marine finance, maritime connectivity, marine science and technology promotion and application, and marine environmental protection; encouraging partnership on blue economy between ASEAN and China; and promoting cooperation on marine biodiversity conservation and sustainable use of the ocean, seas and marine resources.

These undertakings, the two countries believe, will further strengthen ASEAN-China cooperation in areas of mutual interest, bringing tangible benefits to the people, as well as contribute to promote peace, stability, prosperity and sustainability in the region.

Both sides reaffirmed their commitment to maintaining and promoting peace, stability and safety in the South China Sea, and the importance of resolving the territorial and jurisdictional disputes through peaceful dialogue and consultations by sovereign states directly concerned, and in accordance with universally recognised principles of international law, including the 1982 United Nations Convention on the Law of the Sea (UNCLOS).

Both sides agreed that the third meeting of the Joint Steering Committee would be held at a mutually convenient time for both sides. 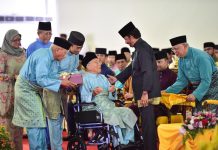