AFP – Up to 0.55 gigatonnes each year: this is the potential for eliminating atmospheric CO2 that brown algae would possess, according to a recent study by German scientists.

Composed of chlorophyll and a pigment called “fucoxanthin”, brown algae grow in a marine environment and are capable of absorbing large quantities of carbon dioxide, which they then release into the water in the form of carbohydrates.

While the significant capacity of brown algae to absorb CO2 makes them naturally important allies in the fight against global warming, it is difficult to determine the exact quantity of carbon dioxide these marine plants are able to eliminate from the atmosphere.

To obtain more precise data on the subject, a team of researchers from the Max Planck Institute for Marine Microbiology (Bremen, Germany) closely studied “bladderwrack”, a species of brown algae that lives in rocks and can grow up to 30cm in length. The work was carried out at the Tvarminne Zoological Station in southwest Finland.

The scientists used a substance separation technique (chromatography) and found that the rockweeds studied, located on the coast of the Baltic Sea, secreted about 0.3 per cent of their biomass per day in the form of fucoidan, a nutritional supplement with multiple benefits. 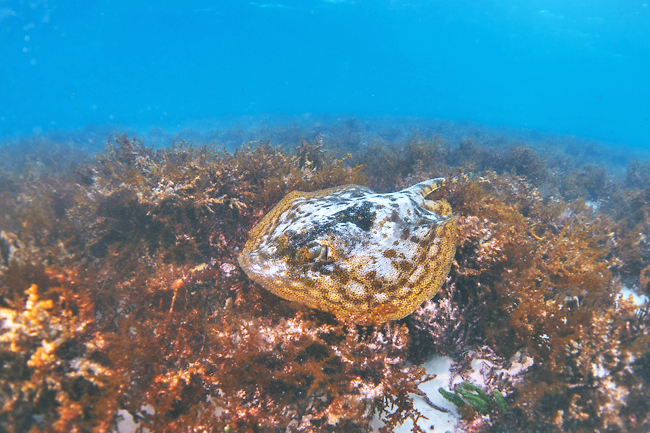 While secretion rate is measured yearly, brown algae has been observed to convert about 0.55 gigatonnes (550 million tonnes) of CO2 into carbohydrates each year.

“Fucoidan made up about half of the excretions of the brown algae species we studied, the so-called bladderwrack,” said researcher at the Max Planck Institute and co-author of the study Hagen Buck-Wiese in a statement.

In comparison, Germany’s annual greenhouse gas emissions in 2020 amounted to 0.74 gigatonnes of carbon dioxide, according to estimates by the German Federal Environment Agency.

Published in the journal Proceedings of the National Academy of Sciences (PNAS), the study also states that the brown algae Fucus vesiculosus has the advantage of being able to sequester atmospheric CO2, without interfering with its growth.