CAIRO (AP) – A pipeline rupture in Libya is spewing thousands of barrels of oil into the desert, as workers scramble to seal off the leak, authorities said yesterday.

The damage to a land pipeline linking the Sarir oil field to the Tobruk terminal on the Mediterranean was the latest blow to Libya’s struggling oil industry, as renewed tensions again divide the chaos-stricken country.

The Arabian Gulf Oil Company, which operates the pipeline, estimates that some 22,000 barrels a day were being lost from the leak, which started on Tuesday. It posted footage of the spill and said efforts to stop it were still underway.

The company, which is an affiliate of the state-run National Oil Corporation and based in the eastern city of Benghazi, blamed lack of pipeline maintenance for the leakage.

The spill comes as crucial oil facilities including the country’s biggest field were still closed amid a political impasse that threatens a return of violence. 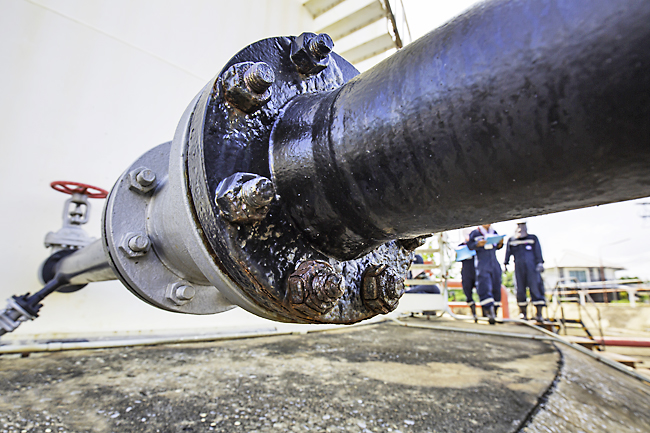