ABU DHABI (AFP) – British number one Cameron Norrie wants Russian players like Daniil Medvedev (AP pic, below) and Andrey Rublev back playing at Wimbledon next year after a “tough year” being banned from the Grand Slam.

“For me, I want the best players in the world to be playing,” 14th-ranked Norrie told reporters at the Mubadala World Tennis Championship in Abu Dhabi on Saturday.

“I felt last year was tough for those guys, especially for Daniil and for Andrey, who have a chance of winning Wimbledon; especially I know how much those guys sacrificed with their careers and their goals are obviously very high to be winning Slams.

“So I really did feel bad for those guys.”

Russian and Belarusian players were banned from the third Grand Slam of the year in response to the invasion of Ukraine with the tournament stripped of ranking points as a result.

Norrie, 27, enjoyed his best ever result at a Grand Slam with a semi-final run at Wimbledon but did not receive any ranking points for his efforts. 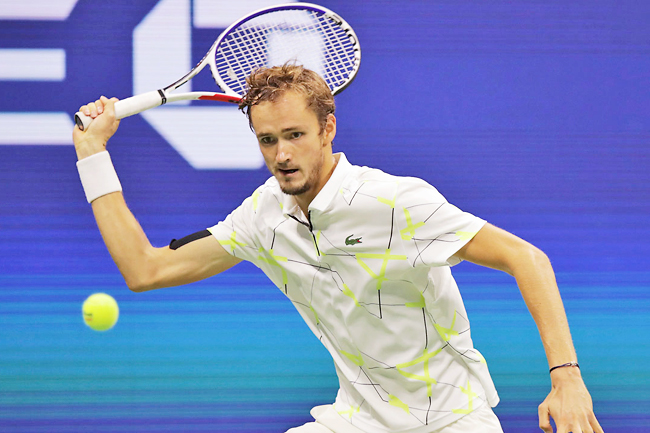 “For me I’m just going to focus on my stuff and keep trying to improve,” he continued.

Several Russian players have spoken out against their country’s invasion of Ukraine, including Rublev, who has called for peace on multiple occasions.

However, the world number eight is pessimistic about the ban being lifted at Wimbledon next year.

“If they ban us for the second year, we will see no changes and will be worst for tennis,” Rublev said.

“It doesn’t help the situation. We want to show that tennis can be bigger than politics.”