British Royal Navy patrol vessel, HMS Tamar, will be arriving in Brunei Darussalam on December 13 for an official visit.

HMS Tamar is one of two Royal Navy offshore patrol vessels deployed on a long-term mission to the Indo-Asia-Pacific to reinvigorate United Kingdom (UK) naval presence in the region as part of the UK’s wider ‘tilt’ to the Pacific. The ship recently departed Japan after completing a period of maintenance combined with significant defence and public engagement in the country.

The ship and her crew of 50 will spend five days alongside Muara Naval Base, conducting training with both the Royal Brunei Navy and British Forces based in Brunei Darussalam.

Although having visited Brunei Darussalam earlier in the year, this will be the first time the crew will be able to step ashore after the relaxation of Covid-19 rules. HMS Tamar’s Commanding Officer Lieutenant Commander Matt Millyard said, “We are really excited to visit Brunei Darussalam, especially as this time we will be able to step ashore and experience all that this amazing country has to offer.

“Training alongside our partners and allies is extremely important to us as the Royal Navy delivers its persistent presence in the Indo-Asia-Pacific, and with our historical ties to the country, it is fantastic to be here and building on our already strong relationship.”

The standing British military presence in Brunei Darussalam comprises an infantry battalion of the Royal Gurkha Rifles supported by an RAF PumaFlight of helicopters and a number of garrison support troops. The Gurkhas provide the UK with jungle warfighting expertise, as well as a regional and cultural understanding.

HMS Tamar will be in the country until December 18. 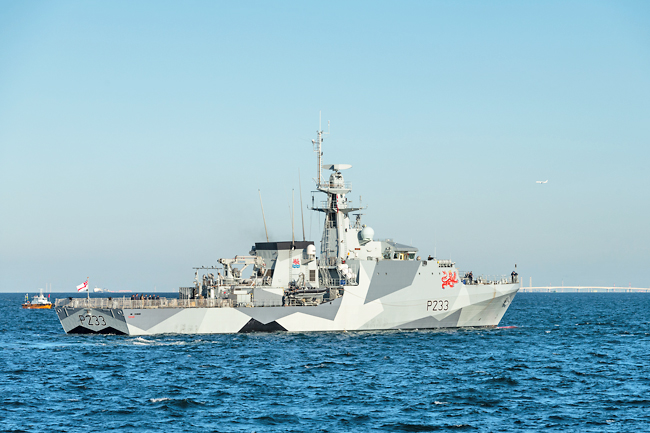