UPI – Police in Britain said officers ended up in an unusual chase when an escaped llama (pic below) went wandering through a neighbourhood.

The Salisbury Police said in a Facebook post that Community Support Officer Matt Smith and Constable Mark Douglas were patrolling the Nomansland Recreation area when they received a call about some “llama drama” unfolding in Teffont.

The officers responded to the scene and pursued the animal. 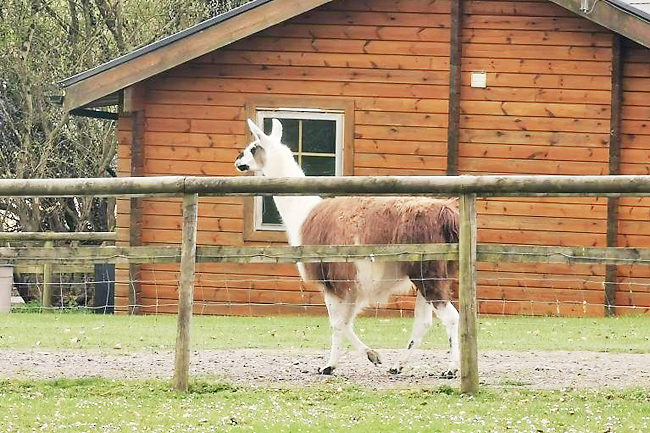