Bringing smiles, one pint at a time

The group goes by the name ‘Pint of Smile’ and comprises students from the Faculty of Integrated Technologies and School of Business and Economics.

Group leader Mohammad Ashraf bin Nursal said the blood drive was held as an opener to a three-day food bazaar held as part of their UBD management module.

“At the same time, it celebrates World Smile Day. That is also why we chose the name ‘Pint of Smile,’ to suggest that blood donors bring happiness to someone in need of blood transfusion,” he added.

“World Smile Day is marked on the first Friday of October, the day is devoted to smiles and performing random acts of kindness. It was created in 1999 by smiley face inventor Harvey Ball, who gave people plenty to smile about. That grin gets a little wider during the celebration,” he added. 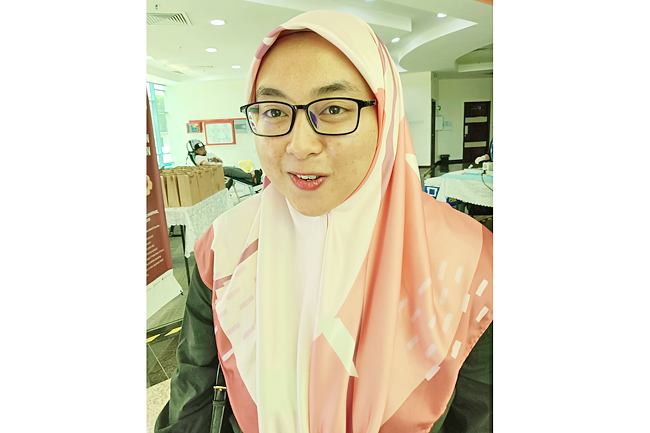 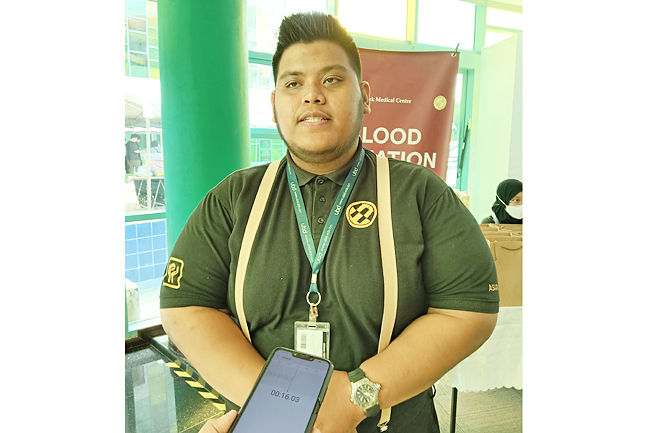 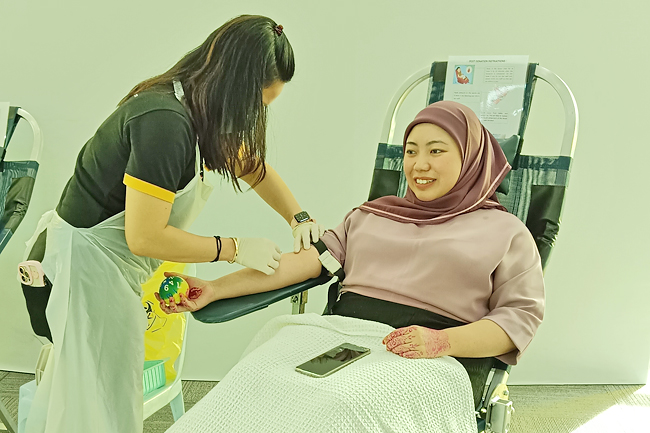 This is the first blood donation campaign organised by the group. However, they are hopeful that other UBD students will follow suit and hold similar drives.

“There is always someone in need of blood. There will forever be a demand. However, there is an insufficient supply in Brunei Darussalam. In holding the event, we hope to get more people to step forward and donate blood,” Mohammad Ashraf said.

Twelfth-timer Nursyahirah binti Abdullah was one of the many who rolled up her sleeves yesterday, supporting the initiative of her seniors.

The active donor recalled her first experience of donating blood, and how being issued a BloodKad brought with it a deep sense of satisfaction and peace, knowing that she was helping patients in need.

Pledging to do more, Nursyahirah also called on others to come forward.

“There is nothing to be nervous about,” she said, adding that the process “only stings a little”.

The 23-year-old, who learnt of the event through the BloodKad app, said he was eager to follow in the footsteps of his father, who is an active donor.