For a photographer, the moment of capturing an object that produces a beautiful and meaningful photograph is the greatest satisfaction.

The story behind photographed objects can lead to several interpretations based on the eyes of the beholder.

Capturing the right moment at the right time is a beautiful feeling. The best moments not only describe happiness, but also emotions, tragedies, events, celebration as well things that evolve in life.

Bahrin, an education officer at the Centre for Innovative Teaching and Learning (CiTL) at Politeknik Brunei, is keen on polishing his photography skills while enhancing the beauty of photos.

Bahrin told the Bulletin that the idea about the solo exhibition dawned on him after he joined the Brunei Darussalam Photography Association. At the association, he learned the background of photography and the gadgets needed to be used according to the situation.

‘The Kampong Ayer photography Solo Exhibition’ held at Kunyit Lodge in Kampong Bolkiah, served as a platform to showcase his passion in the art of photography as well as sharing what he captured and translated from his camera lens. 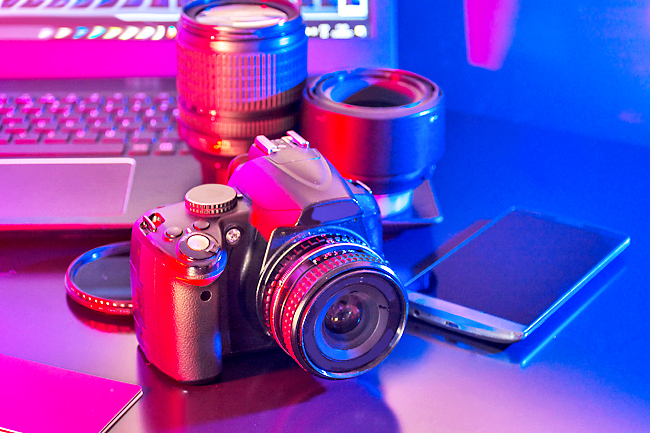 Bahrin said he began to be actively involved in photography based from his work experience with Radio Television Brunei (RTB) as a videographer and graphic designer from 2006 to 2007.

“I realised that I love seeing the products that I made and was interested in honing my skills and creativity to another level.

“It makes you wonder how beautiful moments are not only captured in happiness, but in all sorts of occasions and moments. It is so satisfying that such beautiful art can be created and captured with a camera lens.”

As his interest in photography grew from work into a hobby, Bahrin polished his skills by learning more about media production.

After he attained his Higher National Diploma (HND) in the United Kingdom (UK), he pursued his Bachelor’s and Master’s degrees in the same field.

“I was actively involved in video production such as documentaries, short films and graphic design.”

“In 2017, I began to explore my interest in photography. I realised that taking videos is quite different from taking pictures. It required me to learn the basics, as more skills needed to be polished.”

On what inspired him to highlight Kampong Ayer in his mini exhibition, Bahrin said, “Kampong Ayer serves as a landmark of Brunei Darussalam and I wanted to explore the daily life of the people and the culture as a popular tourist destination.

“Kampong Ayer has its own beautiful customs and culture,” he said. “Many of the photos that I took depict daily life, routine and activities by the residents. I hope this work documents the uniqueness from a tourist’s point of view as Kampong Ayer is popular among foreigners and locals alike.”

Bahrin also noted that the exhibition is an activity carried out by the Brunei Darussalam Photography Association, as it serves as a platform for those who are venturing in photography.

“This solo photography exhibition serves as preliminary work as an association member. The venue also serves as a medium for those who are new to photography and want to learn and develop their knowledge with other photographers.

“The exhibition also aimed to be part of collection that one day will become reference for future generations.”