“In conjunction with its 30th publication next year, the Borneo Bulletin Yearbook 2023 will feature the theme ‘Building the Future’,” the general manager said, adding that it will provide insights into initiatives implemented by the government to support the growth of key industries across various sectors in the Sultanate.

One highlight for next year’s edition, said Mohd Najmuddin, will be a special section on inspirational and successful business leaders and the future of the country – the youth. 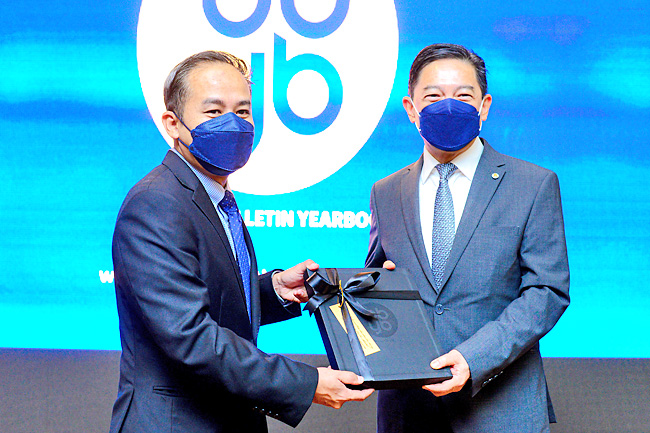 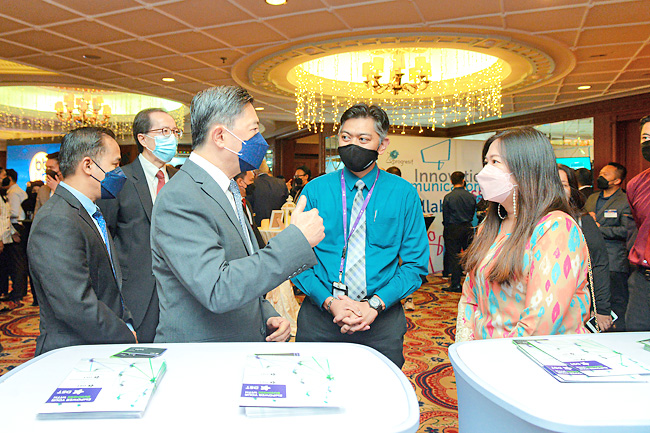 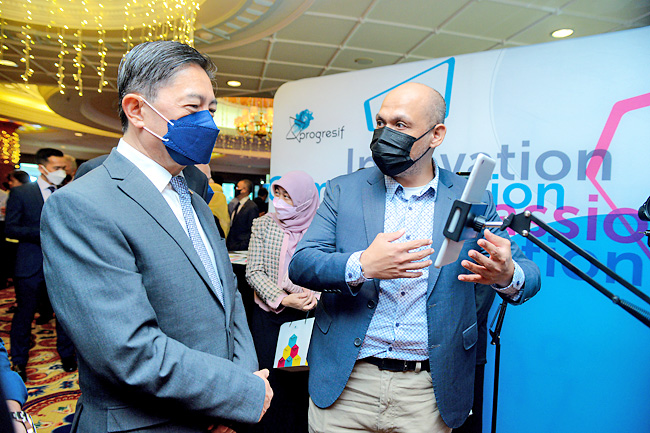 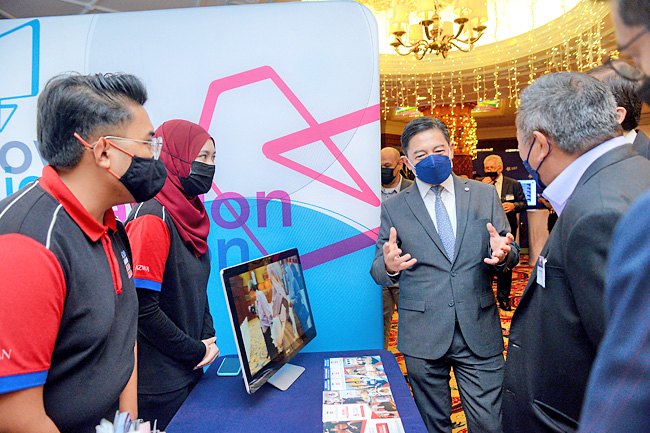 “The success of the yearbook for the past 29 years can be attributed to the demand for a comprehensive guide to Brunei, and Brunei Press through its corporate social responsibility (CSR) initiative, to give back to the community,” added the general manager.

After the launch, the minister toured a mini-exhibition that featured advertisements on the BBYB over the 29 years of publication, as well as booths such as Tunas Project (Projek Tunas) under Bank Islam Brunei Darussalam (BIBD), Datastream Digital Sdn Bhd (DST), imagine Sdn Bhd, Progresif Sdn Bhd and Laksamana College of Business (LCB).

In January 2021, Brunei Darussalam’s Economic Blueprint was launched to detail the country’s direction towards achieving the third goal of Brunei Vision 2035 – a dynamic and sustainable economy. The blueprint aims to act as a guide to align policies, strategies and initiatives by public and private sectors.

The blueprint also aims to help the country move from an oil and gas dependant economy to a dynamic and sustainable one, which in turn will help to provide more meaningful and high-value employment opportunities for the people and harness the latest technology in line with the Fourth Industrial Revolution.

This year’s BBYB, carrying the theme ‘Dynamic and Sustainable, An Economy of Opportunity’, highlights insights into the initiatives implemented by the government to support the growth of industries in the country across the various sectors following the unprecedented COVID-19 pandemic, as well as the measures in place to assist local businesses.

Another highlight in this year’s edition is a special section on successful women in the Sultanate who have not only shown their leadership skills but have also blazed a trail across various industries.

First introduced in 1993, the BBYB has been published annually and distributed via redemption in Borneo Bulletin and Media Permata newspapers.

Today, the BBYB is available both in print and in the digital space.

With a circulation of over 50,000, the yearbook has become a sought-after guide to the country’s business arena.

The BBYB website has registered 2.2 million page views and six million hits so far this year.