“The programme aims to identify risk areas that are prone to corruption in the ministries and agencies where follow-up action can be taken immediately.

“The programme is also introduced to deal with corruption in the organisations more systematically and holistically,” she said.

She made these comments as the guest of honour, when the ACB held the launching ceremony for the Training of Trainers Programme in conjunction with the International Anti-Corruption Day (IACD) at the ACB Headquarters, Berakas on Saturday.

The ACB Director also believes that with the implementation of the Training of Trainers programme, the trainers could act as a bridge between their organisations and ACB in dealing with issues of governance, integrity and anti-corruption more comprehensively and thus fostering transparency and accountability. 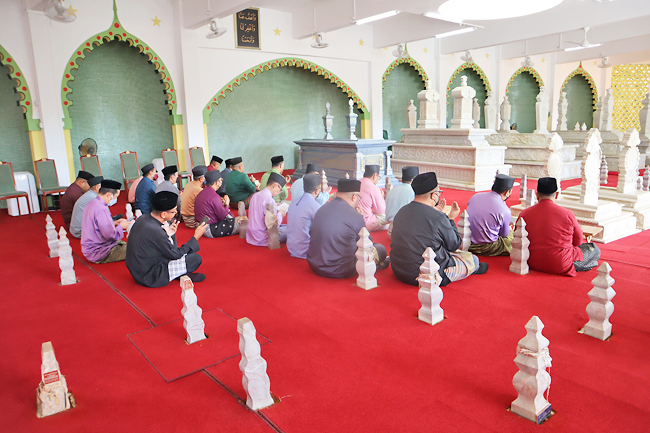 She said in the fight against corruption, ACB employs a three-pronged strategy: – investigation, education and prevention.

“In the field of prevention and education, ACB to spread awareness and improve the public’s understanding of corruption has over the years employed various methods for it to be more effective and in line with the changing of times.

“Now in its 40th year since its inception, ACB has diversified its efforts on the prevention of corruption according to the needs of the times,” Datin Paduka Hajah Anifa Rafiza said. The ACB Director called on all parties to join hands to fight against corruption in the country.

“Through cooperation, it would not be impossible for corruption to be eradicated in this country towards further supporting the desire of the country and the Government of His Majesty Sultan Haji Hassanal Bolkiah Mu’izzaddin Waddaulah ibni Al-Marhum Sultan Haji Omar ‘Ali Saifuddien Sa’adul Khairi Waddien, Sultan and Yang Di-Pertuan of Brunei Darussalam to make Brunei Darussalam a corruption-free country,” she added.

Representatives from departments, ministries, public bodies and the private sector, as well as officers from the bureau were present.

The ceremony began with the recitation of Surah Al-Fatihah.

In addition, ACB also held a radio quiz in conjunction with the IACD 2022 celebration.

The quiz aimed to spread awareness about ACB and the steps needed to prevent corruption; offences under the Prevention of Corruption Act (Chapter 131); and how to report corruption to ACB.

The IACD celebration on December 9, is in line with Brunei Darussalam’s commitment as one of the member countries to the United Nations Convention against Corruption (UNCAC), since signing the convention in 2003.