The ChildFund Alliance has reported that Brunei Darussalam is at 57th place with a score of 77.8 in inclusivity in the recently published WeWorld Index 2022, which monitors the living conditions of women and children in almost 170 countries, highlighting the barriers that hinder their future.

An annual report published by ChildFund member WeWorld finds a world that is still profoundly unequal, where one in two children and more than one in three women live in countries where they experience different forms of exclusion. Such low levels of inclusion, from an economic, social and fundamental rights point of view are among the main findings of ‘WeWorld Index 2022 – Women and Children Breaking Barriers to Build the Future’.

WeWorld has been defending the rights of women and children in 27 countries, including Italy, for the past 50 years, and has been publishing the Index since 2015. This year’s report, measuring the level of inclusion of women and children in nearly 170 countries, is now a flagship product of ChildFund Alliance, a global network of 11 child-focussed development and humanitarian organisations working to create opportunities for children and youth, their families and their communities. 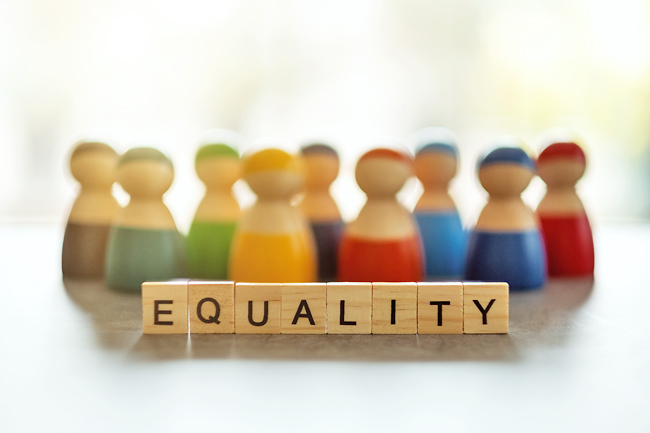 Inclusion affects multiple spheres of life: from access to education, health services, and living in safe places, to equal rights in social participation, and from access to public services to the ability to fully and freely express one’s personality.

The annual Index identifies four building blocks for asserting and exercising the rights of women and children – health, education, the economy, and society.

All are inextricably linked to the United Nations (UN) 2030 Sustainable Development Agenda – a collection of 17 interlinked global goals designed to be a blueprint for achieving a better and more sustainable future for all.

The Index includes all countries with a population of more than 200,000 with available data. It groups together 30 indicators related to the building blocks that are essential for the implementation of women’s and children’s rights.

This year’s report highlights that, regrettably, the world is not on target to achieve the sustainable development goals (SDGs), and progress toward improving the lives of the world’s most vulnerable groups of people has slowed. In seven years’ time, the world has improved by only 1.5 points on the WeWorld Index.

This means, at this rate, it would take 182 years to achieve a level of adequate inclusion for women and children globally.

Knowing this, the Index 2022 focusses specifically on five main barriers that hinder children and young people’s future – poverty, conflict, forced migration, climate change, and online risks. The report delves into the overlapping effects of the crises characterising today’s world and how they impact children’s living conditions.

“The report highlights that the great challenge of our times is to guarantee a future for boys and girls,” said President of WeWorld Marco Chiesara. “The impact of the war in Ukraine is not yet recorded in this edition, but it will probably become a significant point in the next one. What clearly emerges in this edition is how the pandemic has affected the health sector, while also fuelling inequality: the distribution of vaccines only in the North of the world, online education that has disadvantaged or excluded entire groups of the poorest children.

“The result shifts away from the objectives of the 2030 Agenda and shows an increase in the exclusion of women and children in many countries. As stated in the report, the barriers to inclusion are many: this is why it is essential to intervene with targetted and multi-sector policies. Women and children must be considered both subjects and actors of change, and for this reason, local, national and supranational institutions must finally put their future at the centre.”

Secretary General of ChildFund Alliance Meg Gardinier said, “It is critical that the world pay attention to how the effects of these five barriers intertwine with each other, creating a threatening combination that could potentially compromise the future of an entire generation and of those to come.

“Though significant work remains ahead, I am encouraged by the collaborative efforts of ChildFund members and our partners to create a more inclusive world where children and women are guaranteed their rights and are able to achieve their full potential.”

The final ranking of the WeWorld Index 2022, once again sees Northern Europe and continental Europe at the top, being the most inclusive areas for women and children.

Norway, Iceland and Sweden are leading, followed by Denmark and Finland.

The same is unfortunately true for the countries at the bottom of the ranking: the three worst countries for inclusion of women and children are Central African Republic, South Sudan and Chad.

Since 2015, the first year of publication of the WeWorld Index, a group of countries has never progressed, remaining at the bottom of the ranking; in particular, Sub-Saharan Africa is the least inclusive area for women and children, with countries experiencing chronic poverty, political instability and undemocratic governments, according to the index.

As far as children are concerned, the worsening of living conditions was recorded, above all, in the education sphere: a very serious issue as education is the main factor in guaranteeing fundamental rights, empowerment, and the ability to create one’s future.

The WeWorld Index 2022 records a timid improvement in women’s conditions globally, but many critical issues remain: women’s participation in work does not increase, and women often remain victims of discrimination.