AP – Marina Silva, a former environmental minister and potential candidate for the job again, on Saturday brought a message to the United Nations (UN) climate summit: Brazil is back when it comes to protecting the Amazon rainforest, the largest in the world and crucial to limiting global warming.

Silva said the fact that da Silva was coming to the summit, months before he assumes power on January 1, was an indication of the commitment of his administration to protect forests and take a leadership role on combatting climate change. Da Silva was expected to meet with several heads of delegations.

“Brazil will return to the protagonist role it previously had when it comes to climate, to biodiversity,” said Silva, who spoke with reporters at the Brazilian Climate Hub.

Bolsonaro, who was elected in 2018, pushed development of the Amazon, both in his actions and rhetoric.

Environmental agencies were weakened and he appointed forest managers from the agribusiness sector. The sector opposes the creation of protected areas such as Indigenous territories and pushes for the legalisation of land robbing.

The deforested area in Brazil’s Amazon reached a 15-year high from August 2020 to July 2021, according to official figures.

Satellite monitoring shows the trend this year is on track to surpass last year. 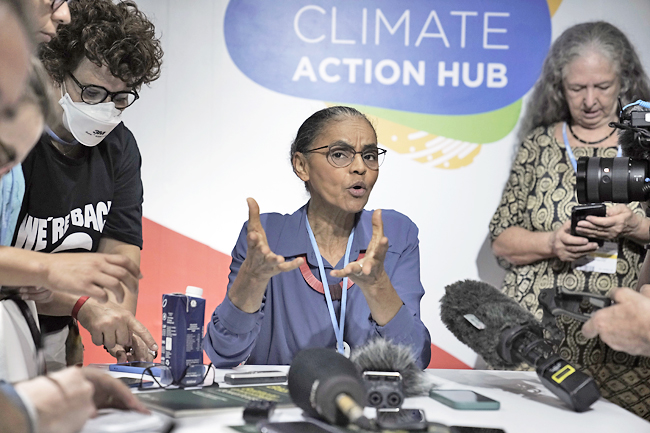