SAO PAULO (AFP) – Brazil raised a higher-than-expected USD600 million on Wednesday at an auction seeking private operators for 22 airports, hailing a “major victory” for Latin America’s biggest economy at a time when it is reeling from the pandemic.

Analysts had voiced scepticism over the decision to go ahead with the auction amid the uncertainty unleashed by Covid-19, particularly for the aviation sector.

But the government said the winning bids had come in 3,822 per cent above the minimum price on average.

“It was a success, beyond what anyone could have imagined,” said chief economist at private firm Austin Rating Alex Agostini.

Brazilian group CCR won the 30-year concessions to operate nine airports in the south of the country and seven in the center, paying a total of BRL2.9 billion (USD511 million).

French group Vinci meanwhile won the concessions for six airports in the north of the country, paying BRL420 million. 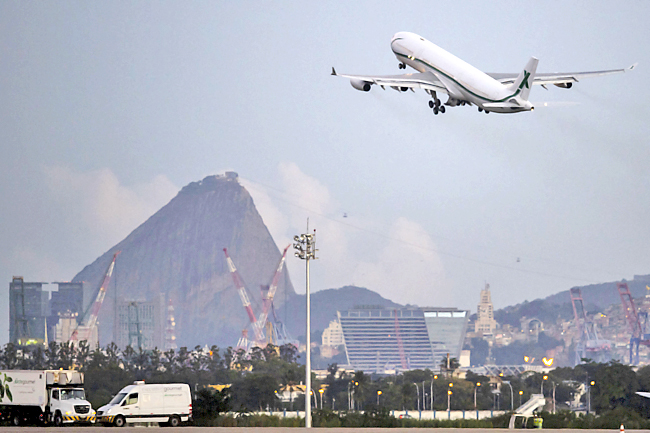 The government says it expects total investments of at least BRL6.1 billion over 30 years for the 22 small and medium airports, which represent 11 per cent of passenger traffic in Brazil.

It was the first day of a massive infrastructure concession auction that President Jair Bolsonaro’s government is billing as “InfraWeek”, with a freight rail line on the block yesterday and five port terminals up for bidding today.

The government is seeking total investments of USD1.75 billion.

“People said we were crazy to put these projects up for auction in the middle of the worst crisis in the history of the airport sector. But we auctioned 28 lots and we had 28 successes,” said Infrastructure Minister Tarcisio Gomes.

Bolsonaro campaigned in 2018 on a promise of large-scale privatisations and concessions of state-run companies and infrastructure, wooing the business sector.

But the pandemic has pushed many of those plans to the back burner, while Brazil’s budget deficit and debt have only ballooned.