THE WASHINGTON POST – In October 1895, the most mysterious mechanisms of the mind suddenly clicked into place for Sigmund Freud.

The Viennese psychoanalyst reported his discovery in a breathless letter to his colleague and confidant, Wilhelm Fliess. After “an industrious night”, he wrote, “the barriers suddenly lifted, the veils dropped, and everything became transparent – from the details of the neuroses to the determinants of consciousness.”

The result of that night was one of Freud’s earliest works, the forbiddingly titled Project for a Scientific Psychology.

Freud’s ‘Project’ bears only the most rudimentary resemblance to the later theories that would make his name. In laboured pages, thick with cryptic mathematical symbols and ornamented with rough, quizzical sketches of the nervous system’s branchings, Freud described the psyche as an energetic “apparatus”.

The mind was a machine, something like a battery that built up excitation only to discharge it – in a great rush of relief – through the nervous system’s complicated coils. Though Freud’s enthusiasm for the ‘Project’ soon cooled, parts of it survived into his more mature thinking, most of all in the basic work of talk therapy, in which he encouraged his patients to vent their accumulated passions.

Since so much modern brain research tends to treat Freud with indifference or disdain, the idea that his psychology ever sought to be “scientific” may come as a surprise. 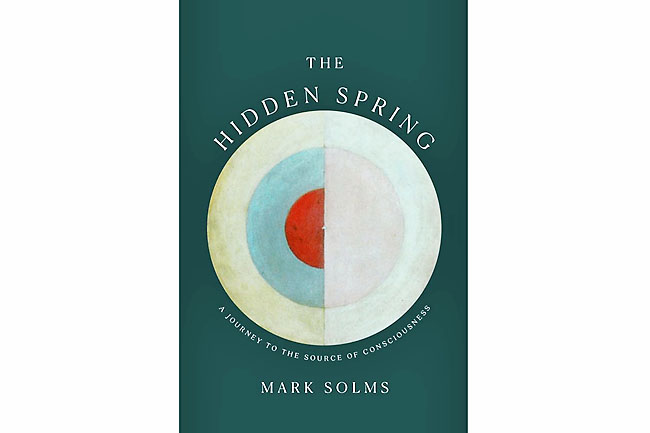 But in his exciting new book, The Hidden Spring: A Journey to the Source of Consciousness, the neuropsychologist and psychoanalyst Mark Solms picked up where Freud left off on that October night.

Drawing on extensive cognitive science research – much of it his own – Solms argues that Freud’s theories anticipate some key findings in current brain research. In Solms’ reckoning, those controversial ideas weren’t just ahead of their time; he proposes that they still have something to teach neuroscience today.

In Solms’ telling, neuroscience has found itself weighed down by a fixation on the cerebral cortex – the outer layers at the crown of the brain – and on what we might call higher-order cognition (deliberate, rational, contemplative styles of thinking). Because of the “theoretical inertia” of these obsessions, contemporary neuroscience, Solms thinks, has neglected some of the more fundamental aspects of the psyche that Freud set out to explore: the roiling desires, emotions and pressures that feed so much of our mental life.

To better understand such phenomena, Solms seeks to dig deeper into the mind. He makes a convincing case for paying more attention to the “densely knotted core of the brainstem”. It’s here, and not in the cortex, “where consciousness arises: it is the hidden wellspring of the mind, the source of its essence.” Hence, his book’s title.

With that shift in anatomy comes a corresponding shift in psychology. In focussing their research on the cerebral cortex, neuroscientists have tended to emphasise the centrality of high-level cognition.

But the brainstem, as Solms shows, is the seat of our emotions, pleasures and desires. And since, he wrote, “the neurological sources of affect and of consciousness are, at a minimum, deeply entangled with one another”, it follows that “feelings pervade conscious experience”. In other words, Solms wants to move past the model of mind that sees clear-eyed thought as somehow separable from our baser feelings. Instead, our seemingly mindless drives are, to a large extent, the basis of our more sophisticated forms of conscious thinking. Our mental life – perception, memory, volition – is not the work of what Shakespeare called “cool reason” alone.

There are chapters that draw on thermodynamics and information theory, and the book concludes by testing its vision of the mind against some philosophical puzzles that have long troubled neuroscience (the “hard problem of consciousness”, which wonders how subjective experience arises from mere matter). But given the capaciousness of The Hidden Spring, it’s remarkably clear, accommodating and exciting to read.

For many modern neuroscientists, Freud’s thought is dead, buried and best forgotten. Yet as Freud himself wrote, “A thing which has not been understood inevitably reappears; like an unlaid ghost, it cannot rest until the mystery has been solved and the spell broken.”

As with all returns of the repressed, Solms’ exhumation of psychoanalysis is sure to be unnerving, especially for those who want to deny Freud’s lessons about the workings of desire, fantasy and affect in our mental life. More than a century after Freud abandoned his own scientific project, returning to his work may seem somehow irrational. Thankfully, The Hidden Spring provides a necessary reminder that rational thinking isn’t all it seems to be.