Boy with challenges finds calm in the kitchen

THE WASHINGTON POST – Elliott is having a tough year. His ADHD (attention deficit/hyperactivity disorder) makes it hard for him to pay attention in school, and he sometimes forgets to do his homework. His best friend is away for a year, and Elliott is so sloppy and disorganised that no one wants to team up with him on school projects.

Fortunately, Elliott has a happy place: the kitchen. He’s super-focused there and whips up delicious, complicated dishes. Elliott hopes to be a chef someday, like his favourite food-channel star. His mother is enthusiastically supportive, but his intense, ambitious father and stepmother, Kate… not so much. They won’t even let him cook in their spotless kitchen.

To complicate matters, Dad and Kate are expecting a baby boy. Elliott is sure this baby will be the son his father wishes he got the first time: athletic, smart, organised. Everything Elliott is not.

There’s also tension between Elliott and his father because of “The Incident”. This is something Elliott did a few months before that Dad keeps harping on. It’s so bad that Elliott refuses to talk about it. Not to his divorced parents, not to his two pet guinea pigs, not to his therapist. What Elliott will say: “The Incident” occurred at Dad and Kate’s big, beautifully decorated home, during a weekend visit.

Things start to pick up, though, when funny, messy Elliott partners with Maribel on a school business project. Maribel is smart, popular and interested in cooking. Together they plan to create an incredible low-budget pie. 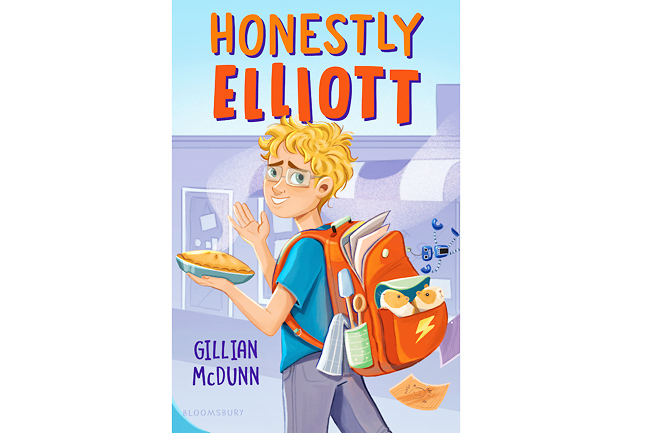 As they become friends, Maribel talks freely about the health challenges that led to her involvement with this project, and Elliott begins to think differently about his ADHD. But when it comes to “The Incident”, he still feels the same.

With something so shameful, so awful, how can he ever speak the truth about what happened and why?

An emergency – and the discovery that his father has been guarding a secret – shift Elliott’s view of himself and his family. Life holds many surprises, and a good pie is one of the sweetest.

In Focused (ages 9 to 13), by Alyson Gerber, Clea is in danger of failing seventh grade. Her scattered thoughts cause her schoolwork, friendships and chess game to suffer. When she’s diagnosed with ADHD, she has to figure out how this impacts her life and learn to advocate for herself. A Mighty Girl’s Book of the Year in2019.

Younger readers should look for Hank Zipzer: Niagara Falls, Or Does It? (ages 7 to 11), by Henry Winkler and Lin Oliver, the first book in the funny series. Winkler, an actor, drew on his childhood experiences with dyslexia to write about Hank and his fourth-grade high jinks and trouble with reading and writing.