Lawn bowls is widely considered as one of the sports favoured by both the younger generation and the elderly in the country. National athletes who have enjoyed success in the sport have been able to put Brunei Darussalam on the sporting map in the regional and international scene.

The sport, which is still relatively new, was popularised in the 13th Century in the West. Meanwhile, the history of the sport in Brunei Darussalam could be traced back to the end of the 1980s.

It was first pioneered among a group of teachers from the Sultan Saiful Rijal Technical College (MTSSR), which was then known as the Berakas Bowls Club based at the Berakas Sports Complex.

Initially, the game was introduced by a teacher from MTSSR who originated from Great Britain.

Following its introduction, the sport received an encouraging response especially among the group of teachers in the college and it has since continued growing to this day. 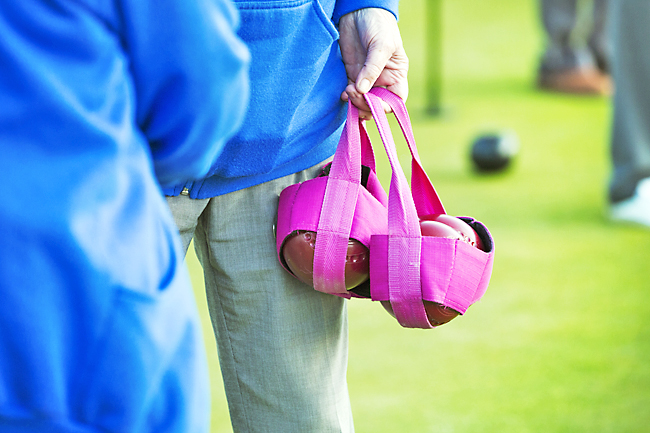 At an early stage when the sport was first introduced, it was presented in a recreational concept, though it required a high level of concentration. The rules of the sport have also seen a slew of changes to this day.

Interest in lawn bowls further escalated after the national contingent through Pengiran Tengah bin Pengiran Tajuddin won the gold medal in the 20th Southeast Asian (SEA) Games in 1999 when Brunei Darussalam was the host nation.

Participation from the national team in an overseas competition began in 1993 during the Arafura Games in Darwin, Australia.

To determine the direction and progress of the sport in the future, the national team is now being guided by local coach Lokman bin Haji Mohd Salleh. The experienced coach is a well-respected figure in the sport in the country and possesses capabilities, know-how, expertise and understanding that is on par with foreign coaches.

According to the coach, since dabbling in the sport, he has gone through highs and lows that he shared with his colleagues which in turn brought in a wealth of experience.

Even though the sport has only been introduced in these shores relatively recently, it has succeeded in enhancing the image of the country in the regional and international scene evident by a collection of medals in major competitions.

Given that the country and the rest of the world are currently plagued by the COVID-19 pandemic, many competitions which have been planned, whether it is in the country or overseas, were forced to be cancelled. Nevertheless, the national team is still actively conducting training which aims at improving and refining the standard of play.

The lawn bowls team is currently training every Monday, Wednesday and Saturday besides having gym sessions.

At the same time, the lawn bowls team is also active in developing the sport through holding a series of roadshows across the districts to introduce the sport to the public, mainly younger players which will subsequently then be absorbed into the national team to compete at the national and international level.

During the roadshow, lawn bowls representatives introduced the basics of the sport and also highlighted that it provided the opportunity for future players to hone their skills.

Continuous efforts such as this are hoped to develop the sport in the country through producing new talents with great potential.