Handball is as a relatively new and emerging sport in Brunei Darussalam, bolstered by a passionate community growing its roots in the country year after year.

The history of handball in Brunei Darussalam dates back to 2007 after the sport was introduced by Kifli bin Haji Jaafar, following the completion of his studies in Malaysia.

Upon returning home, Kifli seized the opportunity to introduce new sports in the country, including handball and triathlon. During the early days, the first programme included organising a coaching and refereeing course to allow coaches to build and develop the sport based on the knowledge they obtained under a facilitator from Malaysia.

As Kifli explained, “Particularly for handball, I tried to develop the sport by bringing in an overseas expert to conduct a coaching course. There were more than 30 participants at the time.”

The coaching course aimed to provide coaches the expertise in handball training education and skills, as well as to ensure the application of rules and regulations. In 2007, a pro-team was temporarily formed under Kifli’s leadership. 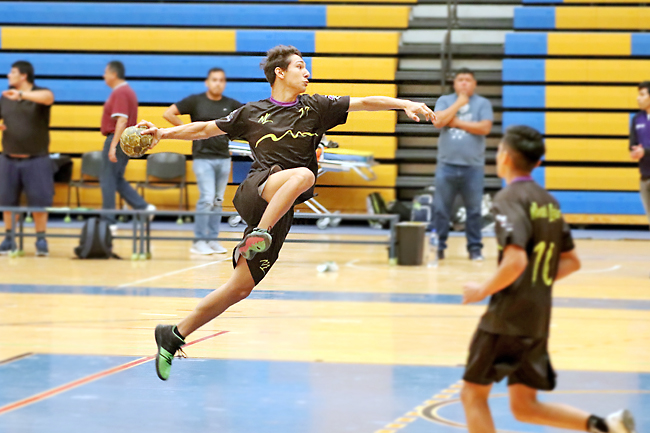 The sport formally received national recognition following the establishment of the Brunei Handball Federation (BHF), a governing body overseeing and managing the affairs of the sport in the country. Following the establishment, the BHF arranged several programmes, which amongst others included bringing in a coach from Serbia, Risto Buha, in addition to local coaches in the country.

The federation featured in the international scene following an invitation by the International Handball Federation (IHF) to compete in a tournament hosted by Malaysia.

In 2014, Brunei made their debut in an international competition in the Boys’ Youth Asian Handball Zone 1B in Johor, Malaysia.

The tournament mainly catered for junior players aged below 16 and 19 for both boys’ and girls’ categories.

Brunei received another invitation from the IHF to send junior teams for under-16 and under-19 categories. The country reached a new milestone in the sport after sending a women’s team in the Youth and Junior Women Asia Zone 1B International Handball Federation Trophy in Gor Popki, Jakarta, Indonesia in 2019.

“Since our participation in the competition, we have slowly developed on a small-scale. We can see that a few teams have been in Brunei and this is the first time that we held a tournament in Brunei by organising the BHF Mini League this year.”

The association outlined their plans to organise several programmes including hosting the second edition of the tournament later this year mainly for youths in preparation for IHF invited events.

“We are not yet focussed on the Southeast Asian Games or any international competition which involves the country’s contingent. However, our focus is to build and develop handball at the school level and also the invited events from IHF.

“We will also be organising several courses for the development and advancement of coaches and referees in Brunei.”

Besides developing national junior teams, the association prioritised the development of refereeing in the country on par with regional and international standard as two local referees completed a referee ing course in Johor.

Currently, the country has four internationally certified referees recognised by the IHF as well as numerous local coaches.

In 2019, Brunei was recognised as a full member of the IHF. In addition, the country was invited by the world governing body to join the 37th Ordinary Congress in Massan, Gothenburg in Sweden.