AP – It’s about time someone took the princess story that’s normalised to girls and autopsy it with absolute precision.

The Force of Such Beauty opens on the night of Caroline’s second attempt at escaping Lucomo, the small European country in which she became a princess. But author Barbara Bourland quickly jumps back in time to reveal excruciating and exhilarating detail that led to this moment. Once caught up, the story sadistically marches on to the very end of Caroline’s breathtaking story.

Caroline is from South Africa. Her first race was two months after Nelson Mandela became president in 1990. Her white parents volunteered their time and limited resources to ending Apartheid. Then they threw themselves into Caroline and her burgeoning running career, which brought her all the way to a world-record-shattering gold at the Olympics.

But that was before the fall that ground her running career to a shattering halt. And it’s not for the faint of heart; Bourland holds no punches with absolutely gruesome descriptions of medical trauma.

The silver lining? This life-altering tragedy leads our heroine directly to a prince through a meeting of happenstance at a glitzy medical recovery centre. 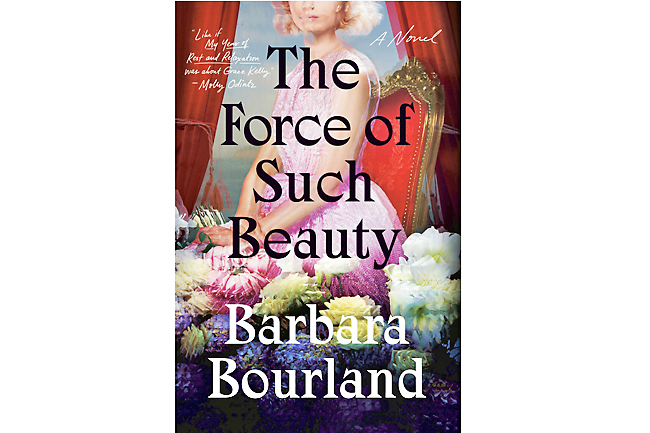 The red flags are there from the beginning. The stage is set for misery. Bourland reveals from the first handful of pages that Caroline is trapped at wit’s end on display as lover Finn’s gleaming jewel sequestered in the castle. Yet the writing is smart enough, the story good enough, to get swept away in their chemistry until reality comes crashing back.

Carefully crafted wordplay flits through the pages. Dr Sun “treats” Caroline’s depression, the castle they live in is called the Talon and the name of the country, Lucomo, literally means king.

The Force of Such Beauty grips with the strength of an Olympian and holds it with the endurance of a marathoner. Bourland’s passionate storytelling transmogrifies into an insatiable urge to keep reading Caroline’s story even after its end – an ending that actually caught my breath, not once, but twice in quick succession.