Police said they are searching for five people after last Sunday’s demonstrations in the city of Banja Luka forced another concert by a local singer to be cancelled.

Local media said one of the suspects sought by police is Davor Dragicevic, who helped launch months of protests in Bosnia with his calls for justice for his 21-year-old son’s March death.

Police dispersed protesters after thousands marched calling for the ouster of minister Dragan Lukac and other officials whom Dragicevic accuses of protecting his son’s killers.

The protesters last Sunday marched down the streets of Banja Luka, booing and jeering as they passed by the government buildings.

They said that demonstrators shouted insults and damaged the stage and equipment for last Sunday night’s concert.

“We don’t want to leave any room for any more incidents or put anyone in jeopardy,” Banja Luka Mayor Igor Radojicic said of the decision to cancel New Year’s Eve events.

Bosnian Serb officials have denied Dragicevic’s allegations that they were shielding his son’s killers.

David Dragicevic’s body was found in a creek in Banja Luka in what police first described as suicide, but the family insisted he was murdered. Prosecutors later opened a homicide investigation which is ongoing.

Protests led by Dragicevic’s movement reflect popular discontent over corruption and unemployment in the Balkan nation long after the end of a devastating 1992-1995 war. 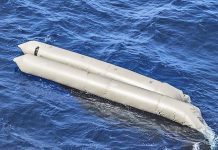