BERLIN (AP) — Leipzig was stopped by Borussia Dortmund from going to the top.

Borussia Dortmund finally began to look like a Bundesliga title contender after an inconsistent start by beating Leipzig 3-1 yesterday.

“It was a game in which you could see where it’s going this season,” said Dortmund midfielder Emre Can, who went on for the injured Axel Witsel.

Leipzig was hoping to take advantage of Bayern Munich’s 3-2 loss at Borussia Moenchengladbach the day before but it remained a point behind the league leader after slumping to its first home defeat.

“We lost after nine games without defeat. Of course it’s annoying because it was a home game against a direct rival,” said Leipzig coach Julian Nagelsmann, who acknowledged that Dortmund deserved to win “on account of the better chances”.

Neither side impressed in a cagey first half – when Witsel went off with an ankle injury – before Dortmund seized the initiative in the second.

Jadon Sancho followed up his first league goal of the season against Wolfsburg last weekend with the opener in the 55th minute. Marco Reus set up Sancho with his heel and the England forward fired inside the left post.

Erling Haaland struck the crossbar and Dani Olmo responded by hitting the post for Leipzig.

Haaland went one better in the 71st when Sancho set him up to score with a header after some fine team interplay from Dortmund. Then Reus sent the Norwegian through to round goalkeeper Peter Gulacsi and seal the win in the 84th.

Substitute Alexander Sörloth’s 89th-minute strike was too little, too late for Leipzig.

Dortmund climbed to fourth, three points behind Leipzig, after its third win in four games with new coach Edin Terzić.

“It’s a big step in the right direction that we’ve achieved with many little steps,” Terzić said. “We had 112 misplaced passes altogether – it felt like 110 were in the first half. Thankfully we got that under control.” 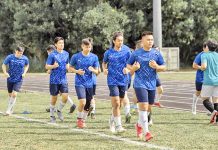 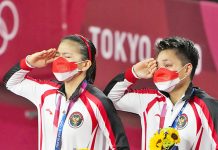 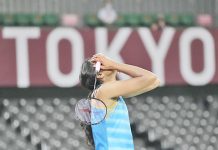