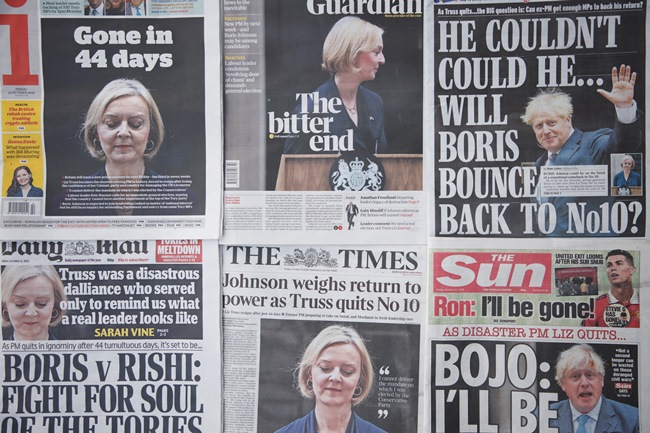 LONDON (AP) – Several British lawmakers, including former prime minister Boris Johnson, were trying to scoop up support on Friday ahead of a short, intense contest to replace Liz Truss as the nation’s leader.

Truss quit on Thursday after a turbulent 45-day term, conceding that she could not deliver on her tax-cutting economic plans.

The Conservative Party is holding a speeded-up race to replace her, which will see a new leader – who will also become prime minister – chosen within a week.