Boosting immunity against cold and flu

CNA – It’s that time of year again, when stuffy noses and irrepressible coughs start to show up everywhere. Experts are already predicting that this year’s flu season will be a rough one and are reporting a rise in a variety of other respiratory illnesses as well, after two years of relative quiet.

The best precaution against influenza infection is getting vaccinated, and there is little you can do once you get sick beyond managing your symptoms.

The flu, common cold and most other upper respiratory illnesses are caused by viruses, so you cannot cure them with antibiotics, which are used to treat bacterial infections.

Antiviral drugs for treating influenza, like Tamiflu, are usually reserved for people who have tested positive for the flu and are at risk of developing severe complications, such as those who are pregnant, elderly or immunocompromised. For everyone else, doctors suggest resting and waiting out your symptoms.

But for generations, countless home remedies – cups of warm tea or soups and spoonfuls of herbs – have helped manage cold and flu symptoms, like a sore throat or congestion. 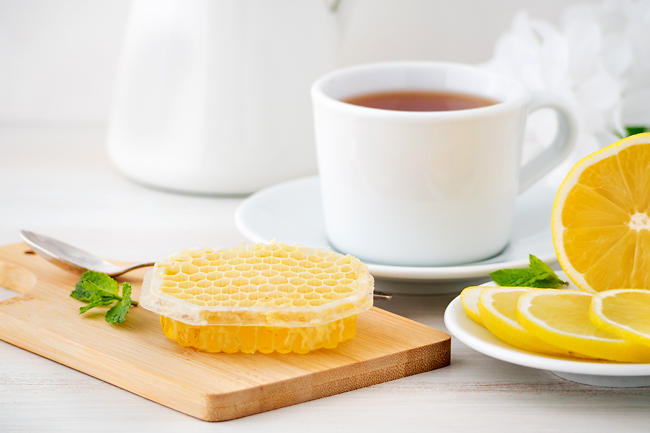 Scientists have conducted research over the years attempting to quantify how effective some of those remedies are, how frequently they should be used and what formulations work best. But the studies are often small or don’t show much efficacy.

Still, experts acknowledge that there isn’t any harm in adopting practices that may make you feel better when you’re sick, even if they just end up providing a placebo effect. (You should see a medical professional if your symptoms are severe, if you have difficulty breathing, or if you do not see any improvement after more than a week).

“Sometimes we don’t have evidence for a lot of common traditional practices because there isn’t a lot of economic value in studying them, but we have thousands of years of anecdotal data and we have enough evidence to prove its safety,” Dr Romm said.

Here’s what we know and don’t know about some of the most popular remedies that show at least a little promise.

There is some evidence to suggest that certain vitamins and ingredients in home remedies – like vitamin C, elderberry and zinc – can, at the very least, stimulate the immune system and slightly shorten the duration of your symptoms.

The idea that vitamin C can help with a cold isn’t new; it was popularised by the Nobel laureate Linus Pauling in the 1970s, which set off a surge in demand for the nutrient.

Since then, scientists tied to the supplements industry have suggested that vitamin C helps support various functions, such as immune cells’ ability to find and fight off infection.

The nutrient’s effectiveness is still debated. For one, the body is not able to store high doses of vitamin C, like those found in supplements, and any excess vitamin C is usually excreted in your urine.

Some clinical trials have found that the timing of when you take vitamin C supplements might be crucial to its effectiveness: a comprehensive meta-analysis of vitamin C trials published in 2013, for example, suggests that regular supplementation, even before you start to feel sick, can shorten the duration of colds by a day or so.

In some studies, elderberry, a common ingredient in cold and flu syrups, particularly those aimed at young children, shortened the duration of symptoms when taken in advance of or immediately at the start of an illness. But it’s a very limited amount of data, Dr Romm said.

Elderberries contain potent antioxidants and chemicals known as anthocyanins, which have been shown in lab experiments to help immune function.

Similarly, research on zinc suggests that taking syrups and lozenges containing the trace element every three to four hours may reduce the length of a cold or flu by a day or two, potentially by preventing viruses from multiplying. Other analyses have concluded that there is not enough evidence to say it is any better than a placebo.

Most formulations of zinc have several side effects. Some people who used zinc nasal sprays have experienced a permanent loss of smell. Those who take it orally can get a lasting metallic taste in their mouth.

“The really important thing to note is that you should take zinc with food because it can be really nauseating,” Dr Romm said.

A sore throat is often the natural result of inflammation created when your immune system is fighting off a virus lodged in your upper airways.

The swelling and pain can make it more difficult to swallow food and stay hydrated. This ends up making your throat even drier. A cough can further worsen things.

In many cultures, ginger is one of the first things people reach for when faced with a sore throat. It’s often steeped in boiling water along with other herbs to make soothing teas, or added to chicken soup.

And, it turns out, there may be some science to back up these age-old practices: a handful of studies have found that ginger may have anti-inflammatory properties that can help ease swelling.

Turmeric root, a plant in the ginger family that is native to Southeast Asia and long used in the Ayurvedic medical practices of India, can also reduce inflammation.

But its effects have been challenging to prove because the main compound in the root, curcumin, isn’t easily absorbed in the body and curcumin supplements can vastly differ in composition.

Eating turmeric in food or mixing it with a fatty substance, such as cooking oil or warm milk, may help you absorb more of the benefits of curcumin. Adding black pepper can also aid in its absorption, Dr Romm said.

“Ginger and turmeric together is a really, really nice combination,” Dr Romm said, adding that when she’s dealing with a sore throat, she brews herself ginger-turmeric tea.

If your sore throat is compounded by a cough, gargling with salt water may be helpful. Mix about half a teaspoon of salt in a full glass of warm water and swish it around your mouth and the back of your throat for a few seconds before spitting it out. Any type of salt you have at home can work.

Doctors often recommend salt water gargling as a way to ease pain in your mouth or the back of your throat and improve overall oral health. Gargling helps loosen thick mucus and can also remove irritants like bacteria, viruses and allergens from your throat.

Adding honey to your gargling solution, or to any tea or warm drink, can have a similarly soothing effect. Honey acts as a demulcent, meaning it calms down irritated tissues by coating them.

Many cultures have their own variation of a soothing honey drink. And some research shows the remedy works in reducing the frequency of coughs.

In fact, one study of children between one and five found that taking two teaspoons of honey at bedtime was just as effective in reducing nighttime coughs and improving the quality of sleep as the drug dextromethorphan found in common over-the-counter cough syrups. (Honey should not be given to children younger than a year old, though, because of the risk of a rare type of food poisoning known as infant botulism).

Keeping your nasal passages moisturised is another simple, safe remedy that may help children and adults get some relief from the flu or cold.

You can achieve this by using a humidifier in your room, concocting some herbal steam or rinsing warm salt water through your nose.

The use of neti pots and nasal irrigation can be traced back thousands of years to Ayurvedic medicine.

Much like gargling with salt water, nasal rinsing may help remove some virus and mucus from your body, while reducing the swelling that can cause congestion.

One study published in 2019 showed that this process may help shorten the duration of illness as well as reduce the potential transmission of germs to others.

You should make sure that you use only distilled, sterile or boiled water for your rinses, as tap water can contain small amounts of bacteria and protozoa that carry the risk of other infections.

Alternatively, you can try commercial nasal saline sprays for a similar effect.

Mayo Clinic’s Dr Fadel Hind keeps a humidifier running in her house during winter flu season. Her research has shown that keeping rooms at a humidity level of about 40 to 60 per cent reduces the transmission of respiratory viruses and may even prevent you from getting sick.

“At that humidity, you tend to find lower numbers of viruses on surfaces and in the air. And the virus that is present is less viable,” she said. Some humidifiers have built in sensors that can tell you the humidity level in a room, Dr Hind said.

If yours doesn’t, you can buy a basic hygrometer for USD10 or less to monitor water vapour in the air around you and test the performance of a humidifier you already own.

If you do catch a cold or flu, a humidifier may still help ease coughing and congestion, though there is less data on how well this works compared to a placebo or whether it can reduce the overall length of your illness.

Menthol, a chemical found in peppermint and other mint plants, can also give the sensation of easier breathing. You can dab a store-bought menthol ointment like Vicks VapoRub under your nose or on your neck and throat to get symptom relief.

Some people also use the fresh or dried herbs in traditional steam therapies for clearing congestion. You can do this by steeping herbs, like eucalyptus or thyme, in boiling water for five to 10 minutes, then covering your head with a towel and breathing in the steam (while being careful of the hot water).

Alternatively, you can hang the dried leaves in a steamy shower to get some of these benefits.

A few studies have found that vapour rub containing menthol, eucalyptus and camphor, when applied to the neck and chest, significantly improved sleep in children and adults with cold symptoms, but experts caution that it can be irritating to some people.

At the end of the day, choosing a flu remedy is trial and error until you find something that will make you more comfortable, said Dr Romm. And that, she added, “is worth it”.