The COVID-19 booster vaccination programme for people aged 50 and above in the Sultanate commences today.

“The administration of the third dose is on a walk-in basis at all vaccination centres. Although the third dose is not mandatory, the public is encouraged to get it to ensure maximum protection, especially those with chronic diseases,” said the minister.

Dato Seri Setia Dr Haji Mohd Isham said the World Health Organization (WHO) recommends booster shots but making it mandatory is difficult as many countries have yet to administer even one dose for a large portion of their population. 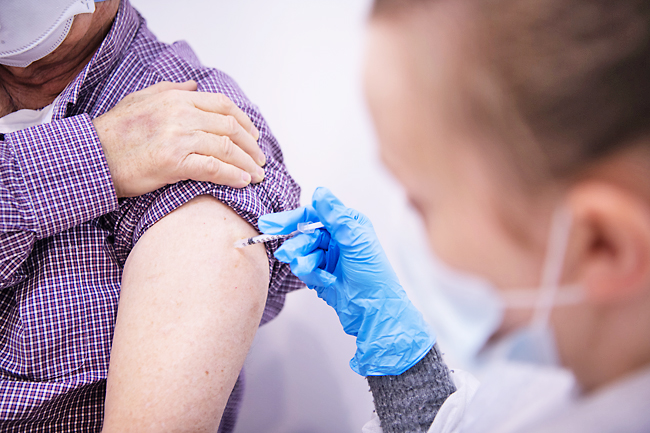 He noted that the WHO encourages it for countries that have enough vaccine supply to administer booster shots.

The minister said observation from the latest outbreak at countries that are among the first to receive the vaccine indicated that while many of those infected and showing severe symptoms were not inoculated, those who received the vaccine are showing symptoms after more than six months from their last shot.

“Scientific studies among real cases in the United States show that after six months, their immunity decreases, which is concerning,” said the minister.

With many frontliners already boosted, the country is ready for the next phase, for those aged 50 and above, the minister said, adding that following the elderly, it is possible that the remaining populace aged 18 and above will be next.

He also said the ministry remains uncertain if those aged 12 to 17 need booster shots.