THE WASHINGTON POST – Like many people, I’ve spent much of the past four years suffering from mild but persistent depression, but the recent weeks of post-election chaos, shamefully incited by a spiteful crybaby and his toadies, have been almost more than I can stomach.

In a last-ditch effort to regain what is usually called “the holiday spirit”, I’ve taken to fleeing the present, at least now and then, and reading my way into another era.

Say what you will about Britain just before and after the Great War, it was a golden age for “light” fiction. Think of Jerome K Jerome’s Three Men in a Boat, (“to say nothing of the dog”), Saki’s languidly witty short stories, P G Wodehouse’s musical comedies without the music, or E F Benson’s delicious Mapp and Lucia novels.

These are merely the most celebrated among the period’s numerous works of comic refreshment.

Consider, for example, The Young Visiters by Daisy Ashford. From its very first line – “Mr Salteena was an elderly man of 42 and was fond of asking people to stay with him” – the reader recognises that here is a true masterpiece, its lack of punctuation and abundant misspellings alone revealing “an air of careless power,” to quote J M Barrie who contributed a preface to the 1919 first edition. 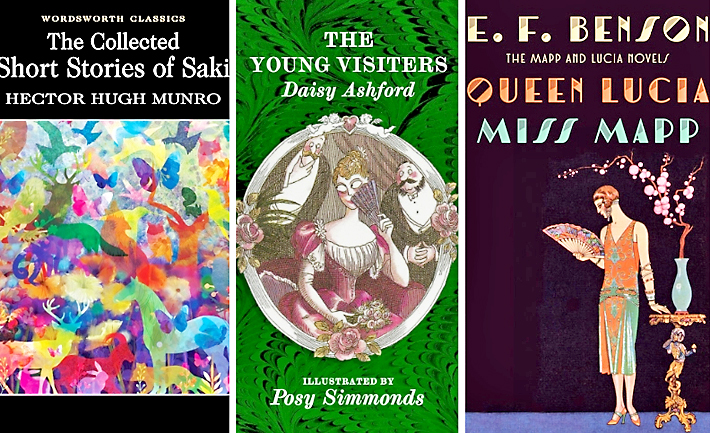 That Daisy Ashford was only nine-year-old when she wrote The Young Visiters merely underscores her almost Queen’s Gambit-like genius.

Ashford’s plot is simple but timeless: The elderly Salteena feels himself increasingly infatuated with the young Ethel Monticue until he finally declares his fervent wish to marry her. “This is news to me cried Ethel.” “But not to me murmured Salteena and his voice trembled in his chest. I may add that I have always loved you and now I seem to do so madly he added passionately.”

The young woman’s affections, however, belong to the forceful Bernard Clark, who to Ethel seems “like a Heathen god”. All ends just as it should: “Bernard Clark was the happiest of our friends as he loved Ethel to the bitter end and so did she him and they had a nice house too.”

Could any of our modern novellists even imagine that final domestic flourish? Yet Ashford is up to date enough to have recognised one effect of sick building syndrome: “I shall put some red rouge on my face said Ethel because I am very pale owing to the drains in this house.”

Originally published in five slender volumes between 1900 and 1913, The Eliza Stories by Barry Pain are now most easily acquired as a Prion Humour Classic, with an introduction by the late Terry Jones of Monty Python fame.

In these little tales of Edwardian middle-class life – similar to those featured in George and Weedon Grossmith’s better-known Diary of a Nobody – the humour derives from the narrator’s utter cluelessness. We never learn the name of the sensible Eliza’s condescending, narcissistic husband, but he is hard to forget. 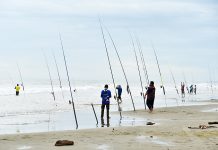 Riding on the wave of surfcasting 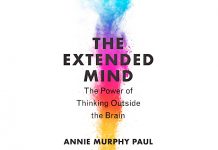 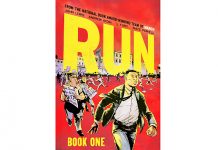 John Lewis’ posthumous new graphic novel will be out this summer