UPI – A library in England said a book on the Dewey decimal system was recently returned and found to be just shy of 50 years overdue.

The Nantwich Library in Cheshire, England, said in a Facebook post that the book, Introduction to Dewey Decimal Classification for British Schools (UPI pic, below), was checked out in late 1972 and had been due back on January 30, 1973.

The book was returned last week, making it just shy of 50 years overdue.

The library said the tome had been borrowed by the headteacher of a local school, although it was unclear why it took so long for it to be returned to the facility.

“Some of the information in this volume may be slightly outdated,” the library said in a comment on the post. 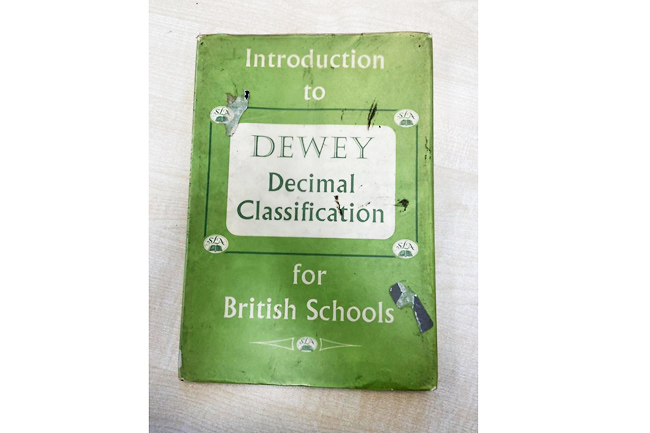