AP – In the wake of wildfires ravaging Southern California hillsides, a Hollywood screenwriter discovers a human skull fragment on the edge of his property.

He identifies the victim as Sabrina Morton, a young woman who disappeared six years earlier after filing a rape complaint with the Los Angeles County Sheriff’s Department.

Enter Eve Ronin, an inexperienced young officer resented by her colleagues because she made detective over several more qualified male candidates.

The promotion was a reward for her role in a case that produced a lot of good publicity for the department, but the case also unfairly branded her as a publicity hound. 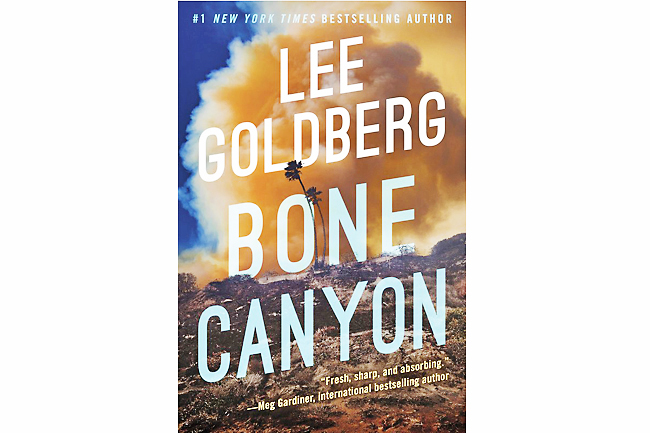 To make matters worse, Hollywood agents and producers — as well as Eve’s mother — are badgering her to consent to a movie or TV series based on her life. Eve just wants to be left alone to do her job.

The last thing she wants now is another attention-grabbing murder case, but in Lee Goldberg’s Bone Canyon, the second book in his Eve Ronin series, that’s exactly what she’s got.

Worse, she begins to suspect that the rapists may have been members of a secret society of law enforcement officers. As she struggles with “blue wall” efforts to derail her investigation, the remains of more victims turn up, turning the investigation it a serial killer case.

As with Lost Hills, the first novel in the series, the tale is fast-paced, and the author accurately depicts investigative practices, making for another first-rate police procedural.

Goldberg’s characters are engaging and well-drawn.

The supportive relationship between Eve and her partner, the soon-to-retire Duncan Pavone, is particularly well-handled, as is a budding romance between Eve and Dr Brooks.

The only false note is the yarn’s final twist, which may strike some readers as unnecessary and farfetched.