CNA – The Bank of Japan’s (BOJ) decision to let long-term rates rise more has not sparked a boom in revenue from lending as the central bank has yet to end its policy of negative interest rates, the head of the country’s third-largest lender said yesterday.

The comments from Mizuho Financial Group President and CEO Masahiro Kihara (CNA, pic below) highlight the challenges Japanese banks still face even as the central bank’s surprise move last month sparked hopes of a windfall for lenders after years of being squeezed by rock-bottom rates.

Kihara also said Mizuho, which is looking to expand its capital markets and digital finance capabilities in Asia, was considering a potential deal but he did not elaborate.

Tokyo’s index of bank stocks has jumped 12 per cent since, as investors bet that financial firms would benefit.

“Frankly, it has had very little impact because it is not an ending of negative interest rates,” Kihara said. “If we see an end to negative rates, then of course the spread between deposits and loans will widen and that’s absolutely positive. But that’s not what’s happening now.” 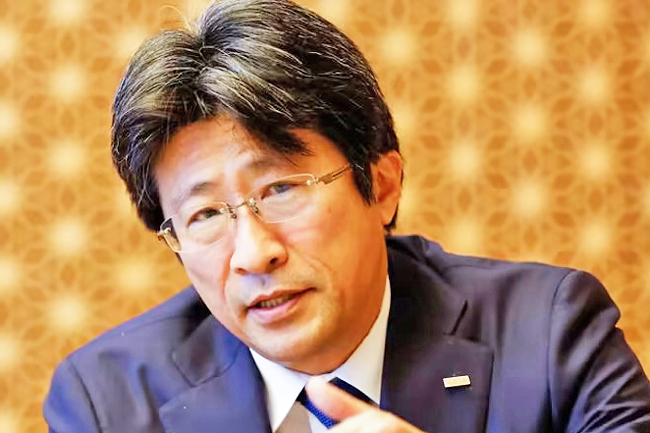 For the moment, Mizuho is sitting tight when it comes to Japanese Government Bonds (JGBs), waiting to see what will happen in the market and with the appointment of the next central bank governor, Kihara said. Governor Haruhiko Kuroda is due to retire in April.

Mizuho closed almost all of its positions in its JGB portfolio from September, assuming the central bank would eventually move and as a result it was “unharmed” by the BOJ’s tweak, Kihara said, even as the policy shift sent bond yields higher.

Still, Mizuho remains cautious when it comes to bonds, he said, adding it will be “looking at what to do next”.

Mizuho, which has fallen behind rivals Mitsubishi UJF Financial Group and Sumitomo Mitsui Financial Group in terms of its international expansion, was working to build up its capabilities in Asian capital markets and looking for digital finance opportunities in the region.

“It’s best to invest in digital companies that have local roots,” Kihara said, adding there was an investment the bank was “considering” at the moment.

He said any investment would likely be around 20-30 per cent of a target company rather than a full acquisition.