AP – Boeing officials vowed on Wednesday to significantly increase airplane production and cash flow in the next few years as the company seeks to recover from two deadly crashes and years of mistakes in its airline and defence businesses.

Boeing said it expects to boost revenue to USD100 billion and generate USD10 billion in annual cash flow by 2025 or 2026.

That upbeat forecast is based on raising production of its best-selling plane, the 737 Max, from 31 to 50 per month and moving beyond billions of losses in fixed-price contracts for the Pentagon.

Two Max crashes that killed 346 people, production flaws with a bigger plane, the 787, bad military contracts and other missteps have left Boeing chasing its European rival Airbus for supremacy in aircraft manufacturing.

Shares of Arlington, Virginia-based Boeing Co rose five per cent in afternoon trading. They had fallen 29 per cent this year through Tuesday, compared with a 19-per-cent decline in the Standard and Poor’s 500 index.

Boeing last recorded USD100 billion in revenue in 2018. The first of the Max crashes occurred in October of that year, followed more than a year later by the pandemic, and accompanied by cost overruns to build training jets, refuelling tankers, a space vehicle and new Air Force One presidential jets for the government.

Last week, Boeing reported a USD3.3-billion third-quarter loss on disappointing revenue and huge charges for the government programmes. Its debt stood at USD57 billion, up from USD19 billion in mid-2019. 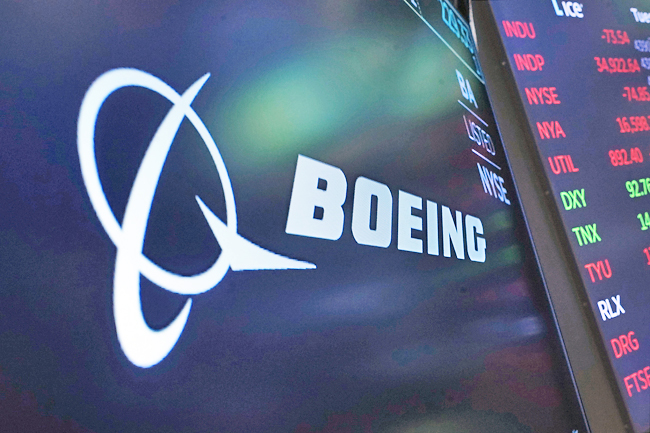