“Both victims believed to be in their 40s, and their bodies were found at 5.20pm by the landlord before alerting the police. Our initial investigation found the woman suffered injuries on her forehead and cheeks, believed to be struck with an iron rod apart from strangulation marks on her neck. The iron rod was found next to the woman,” he said in a statement yesterday.

Azizan said both victims did not have any identification documents.

There were no traces that the house was broken into and the front door was locked from inside, he added.

“The male victim was renting the house for the past one month, while the relationship status between both victims has yet to be established and police are trying to establish the motive for the murder and tracking down witnesses,” he said.

Azizan said the bodies were sent to the Banting Hospital for post-mortem and the case was investigated under Section 302 of Penal Code. 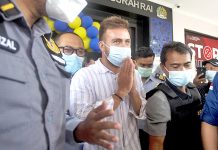 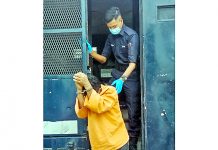