A BND86 million provision in the National Development Plan (RKN) to upgrade the electricity supply system, including network lines, has been proposed in the 2021-2022 budget at the third day of the 17th Legislative Council (LegCo) Session by the Minister at the Prime Minister’s Office and Minister of Finance and Economy II Yang Berhormat Dato Seri Setia Dr Awang Haji Mohd Amin Liew Bin Abdullah.

This was among other provisions under the budget for the RKN that addresses Sustainable and Resilient Facilities and Infrastructure for Public Welfare and Economic Development, one of the main priorities for the 2021-2022 budget.

The BND86 million provision for upgrading the electricity supply system is part of a BND316 million project cost under the Electricity Sector.

The minister also expanded on other provisions for upgrading infrastructure under this priority. To strengthen the tourism sector, an allocation of BND1.5 million is provided under the Ministry of Primary Resources and Tourism; and BND2.8 million under the Ministry of Home Affairs for improving tourism in Kampong Ayer.

An allocation of BND34 million with a project cost of BND99 million is provided to implement several infrastructure projects at the Brunei International Airport including repair works on the Phase 2 Runway as wel as upgrading of inspection equipment and security surveillance systems.

Yang Berhormat Dato Seri Setia Dr Awang Haji Mohd Amin Liew said that under the project to provide infrastructure for Schools and Universities, there is an allocation of BND41.6 million with a project cost of BND232.5 million. 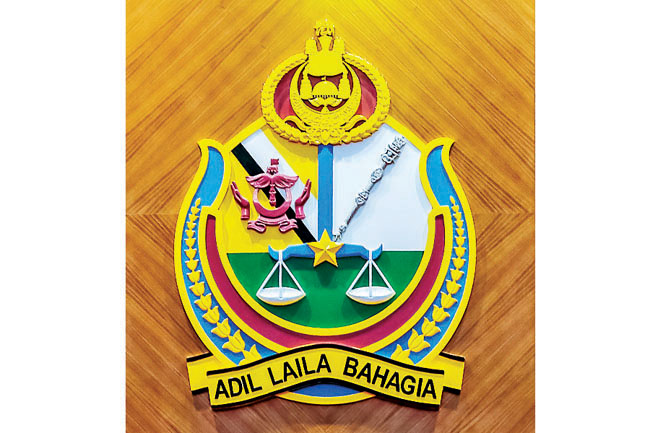 Yang Berhormat Dato Seri Setia Dr Awang Haji Mohd Amin Liew added, for the Health Sector, BND6.2 million under the RKN with a project cost of BND19.8 million is allocated, among others to fund projects such as building a new block of Sengkurong Silver Jubilee Health Centre, Basic Health Care Block; and to build a National Isolation Centre Laboratory for the National TB Reference Laboratory and Virology Service.

Meanwhile, under Recurring Expenditure, an allocation of BND152.2 million is provided to fund the medical expenditures, including medicine supply, consumables, and laboratory testing requirements totalling BND99.6 million under the Ministry of Health; Payment for medical services at Pantai Jerudong Specialist Center (PJSC) and Gleneagles Jerudong Park Medical Center (JPMC) amounting to BND30 million under the Ministry of Finance and Economy; and BND20 million is provided to address infectious disease outbreaks including the purchase of the COVID-19 vaccine.

Towards this end, an allocation of BND14 million is provided under the Monthly Welfare Assistance programme under the Ministry of Culture, Youth and Sports. In addition, the Brunei Islamic Religious Council (MUIB) also provides assistance to the relevant groups.

The minister said that with the National Welfare System (SKN), the government will be able to provide mean-tested assistance with the integration of all available information, which will help identify the applicants who are eligible for the appropriate type of assistance.

This assistance is in the form of ‘in-kind’ such as school uniforms, workbooks, stationery and school fees. The government collaborate with Yayasan Sultan Haji Hassanal Bolkiah and MUIB will coordinate this grant to avoid duplication.

Another initiative in safeguarding public welfare especially after retirement is to ensure the sustainability of the Employees Trust Fund (TAP) Scheme.

As an ongoing effort, the Ministry of Finance and Economy together with the Board and Management of TAP since 2019 have examined several improvement proposals which are intended to be completed in the near future.

Any proposal needs to be scrutinised as carefully as possible as it will have an impact on members, employers, and the sustainability of TAP funds. In an effort to develop and enhance and uphold the Islamic teachings, BND13.7 million with a project cost of BND30 million has been allocated for the construction of mosques throughout the country.

The public’s contribution to the Mosque Construction Fund has also been used to assist in financing the construction and maintenance of several mosques, said the minister.

The minister added that to expand and disseminate the knowledge and practice of memorising Al-Quran, the programme to produce many more memorisers and practitioners of memorising the Al-Quran among the public will be continued. An allocation for Tasmie’s Allowance will continue to be provided in the amount of BND1.4 million. In 2020, a total of 256 candidates have passed Tasmie test to memorise Al-Quran in the categories of 10, 20 and 30 Juzuks.