The surface similarities are obvious. Both detectives work what Chandler called LA County’s “mean streets”. Both are seldom in the good graces of the authorities. And both sometimes meander through rambling plots that are difficult to follow.

In Blood Grove, as with Chandler’s The Long Goodbye, the plot is so byzantine that it borders on incoherent. And that’s OK. Both Chandler and Mosley amply reward readers with the beauty of their prose and with the world views of their iconic heroes, men of honour struggling to do right in an unjust world. For Marlowe, that meant trying to earn an honest living and stay alive in the corrupt, cultural wasteland of late 1930s to 1950s Los Angeles. For Easy Rawlins, it has meant trying to do the same with the added complication of being a Black man. Blood Grove opens in 1969 when Easy, an ageing World War II veteran, is approached by a Vietnam vet with a wild story. The young vet thinks he may have killed a Black man in a fight over a white woman, but he’s not sure because he got knocked out and was alone when he came to. Could Easy track down the missing man and woman and find out what happened?

Easy figures the story is hooey but takes the case out of solidarity with a fellow vet. Soon, he finds himself trapped in a bewildering maze of double-crosses, multiple murders and armed robberies.

As always, Easy carefully calibrates his every move in a city where a Black man is perceived as a threat.

“The Civil War had ended more than a century before,” Easy thinks as a cop holds a gun to his head, “but the remnants could still be felt, still killed over on any street corner in the country.” 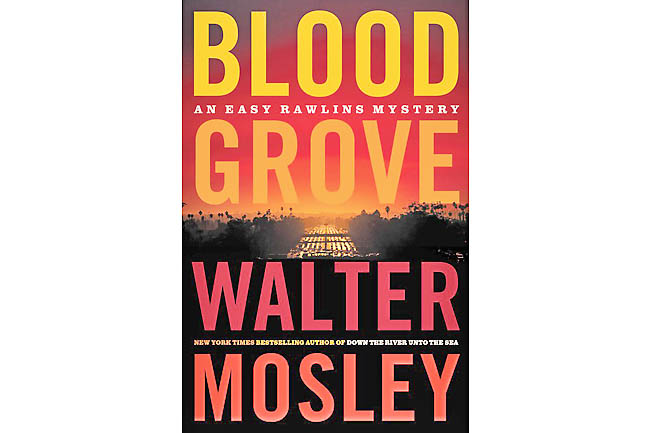