In Brunei Darussalam, the phrase Negara Zikir (Zikir Nation) has been used widely since it was first mentioned in 1428 Hijrah in correspondence to 2007.

The country is renowned for its slogan of Zikir Nation, which features how Brunei Darussalam can be seen, evaluated and how the Sultanate is being managed and governed.

The expression has its own blessings as the phrase is being widely used and expressed by many. With it, the country is also being pictured as a blessed nation. 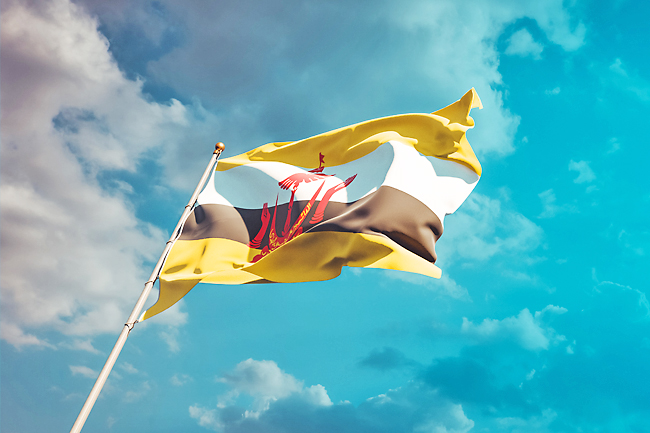 The State Mufti said in the context of Brunei Darussalam, it refers to how the country is being managed, governed and administered, what kind of philosophy is being practised and how the leadership has been formed to carry out responsibilities that have been entrusted.

For Brunei Darussalam, the monarch is the head of leadership that is continuously active in executing just and balance administrative features where citizens and residents of the country enjoy prosperity, feel content and are at peace and ease.

Islam has been placed at the top priority for all administration, and it is hence seen that the practise is key to the success for an Islamic nation.

The State Mufti said this was clearly evident when Brunei Darussalam decided to ban the sale and consumption of alcohol beverages in the country. Even though the decision would affect the economy, it was firm and determined with no fear in empowering and strengthening MIB and Zikir Nation.

It was further shared because the Zikir Nation expression has been widely used, it has blessed the country and the people. The slogan’s primary aim is to invite people to always remember and become closer to Allah the Almighty. The State Mufti said the slogan is considered as a twin to MIB, in which it has similar traits and characteristics. The word ‘Malay’ itself refers to a group of people that has its own language and culture.

“According to historians and experts, the emergence of the Malay race and Islam initially was not well received by the other people as they feared that other races will be marginalised.”

However, the State Mufti elaborated that, be it Malay or Islam, there is actually no need to be fearful of or be against them. This is because the values and characteristics of Malays themselves are known for their generosity, kindness, gentleness, mercy and resolve.

Discussing Islam, the State Mufti stressed that the religion is a blessing (Rahmat), preserved and compassionate to all, including animals.

Therefore, on this note, he stated that Islam and the Monarch are inter-related. Allah the Almighty has chosen His Messenger that plays a role in disseminating the teachings of Islam, and Ulul Amri (monarch) that has the role to preserve and manage the affairs or interest of Ummah. For this, they must be obeyed and respected.

The State Mufti highlighted the country’s people must instil values and enhance the MIB platforms including strengthening language, because that is where the strength of Malay is.

“If we let the language be weak, then our nation’s spirit will eventually be weak and if the nation is weak, no big agenda could be carried out. We must also uphold the Malay language and Islam must be empowered by practising the teachings in our daily life,” he added.

The recent MIB Zikir Nation Education Symposium aimed to provide a better understanding on the importance of a Zikir Nation and the MIB concept, in addition to strengthening the appreciation and practice of MIB and the Bruneian identity.