Brunei Darussalam has seen a dramatic rise in interest and participation in trail running over the years, as is evident with a growing list of domestic competitions and the presence of enthusiasts in major hiking spots.

Trail running or hiking is fast becoming one of the country’s preferred sports and recreational activities, and has been accepted by the wider community including seniors.

It typically requires physical strength especially in the back, abdomen and legs as well as other parts of the body such as fingers, shoulders and arms.

Nevertheless, the sport has a good effect on mental health in addition to being suitable for
cardio exercise.

In May last year, the Pioneering Committee of Bukit Tempayan Pisang made major improvements to the trekking hotspot based in Serasa. The committee was formed by Kampong Serasa and RPN Kampong Serasa Village Consultative Council. 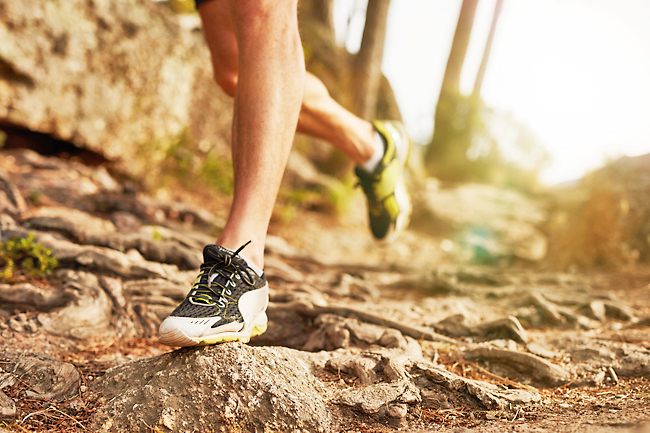 The improvements included the clearing of bushes and replacing it with plants and flowers, as well as setting up resting huts and water tanks. Venue safety has also been enhanced with the addition of timber steps and ropes.

In January last year, Bukit Sipatir was officially unveiled to the public and to this day, remains one of the popular hiking destinations for both avid and experienced enthusiasts. The recreational hiking spot also complements venues such as Tasek Lama and Bukit Shahbandar Forest Recreation Park which comprises a number of hills as obstacles.

In October 2020, Bukit Merikan Recreational Park at Kampong Tarap Bau was added to the list. Located just within a short distance from the capital, it offers accessible jungle tracks and a few challenging uphill routes with a scenic view of the Brunei skyline.

The Belusir Trail Challenge in 2019 at Bukit Shahbandar was recognised as one of the most challenging races in the country with participants testing their abilities in either the three km run (nine hills) or a six km run (14 hills).

The meet underlined the commitment to generate interest among the public to take up trail running or hiking. It is also hoped that the run will also be able to help and encourage participants to train harder to participate in more hill trekking events in the future locally and overseas.

In January, Bukit Saeh based in Lumapas became the latest in the line of recreational spots. It boasts four hiking tracks, three of which are challenging and 16 checkpoints.

The increase in recreational venues is also timely especially when local runners are not able to compete overseas as the world is reeling from the coronavirus pandemic.

Previously, it was also found that there is considerable interest in local runners participating in regional and international meets such as the Borneo Ultra Trail Marathon in Kota Kinabalu, Sabah.