RIO DE JANEIRO (AFP) – From a tiny restaurant on a dead-end street come the enticing aromas of chicken, beef and shrimp as an award-winning chef slowly steams dim sum – the finger food typical of Cantonese cuisine.

This is not Hong Kong but rather Rio de Janeiro. And the cook is a black Brazilian.

“Many people ask me, ‘Where is the Chinese chef?’” Vladimir Reis, 38, said with a chuckle.

He opened Dim Sum Rio almost two years ago in Laranjeiras, a wealthy neighbourhood of the city.

“They ask me why I make Asian food and not African or Brazilian food,” said Reis. “But I am free to do what I like, without being restricted by what people think I should do because of the colour of my skin or the country I come from.”

Things are going very well for this burly man with thin dreadlocks down to his shoulders. His dim sums are wildly popular and he has been named a winner in a new competition called the Black Gastronomy Prize.

This contest, whose first edition was held in November, honors the best black restaurant industry people in Rio in an array of categories such as waiter, sommelier, sous chef and pastry chef, all in a country where racism is deeply ingrained. 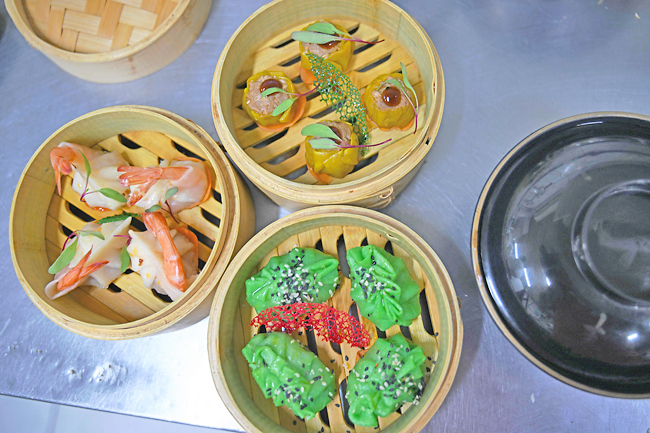 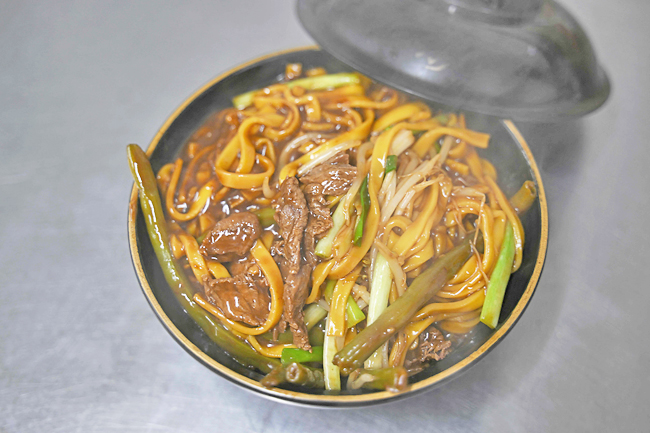 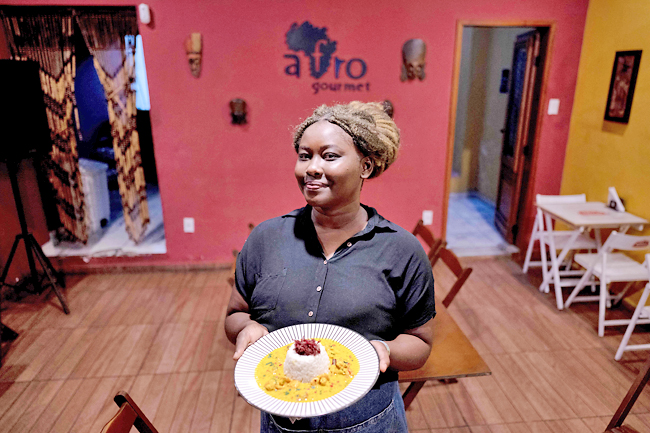 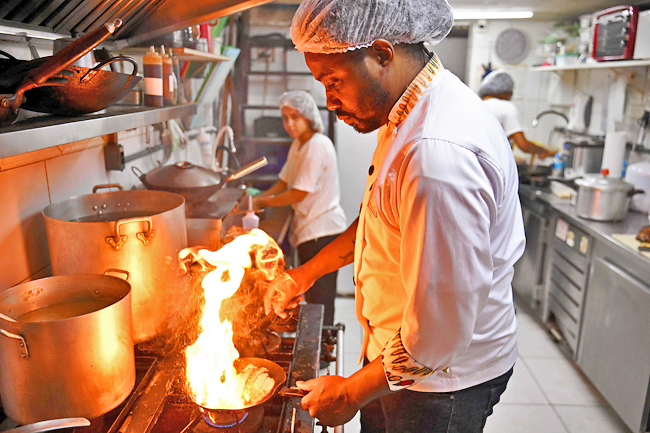 “There are many nice stories, and the time has come to acknowledge all of this talent,” said a university professor who created the prizes Breno Cruz.

Best restaurant honours went to Afro Gourmet, run by Dandara Batista, 37, who serves up African dishes in Grajau, a working-class neighbourhood of Rio.

In the small kitchen of the eatery she opened in 2018, she fixes a dish called hauca rice – originally from Nigeria and featuring shrimp, dried meat and a golden sauce that is a blend of coconut milk and palm oil.

The menu also boasts a dish from Senegal called mafe and a South African one called chakalaka. Batista highlights where her creations come from by adorning them with little flags corresponding to the country.

Batista said she always felt a strong connection to the food of the northeastern city of Bahia, where her father’s family comes from.

“But when I did some research I realised there is a strong African influence on Brazilian cuisine in general,” said Batista, who wears her thick hair in braids.

Batista has been cooking since she was a girl but thought of it as a career option only after working for many years as a journalist.

“Gastronomy was always linked to a white universe, so I did not see myself there,” said Batista.

She switched jobs four years ago after taking a class in gastronomy.

She lamented the fact that there were no courses on African cuisine, so she learned how to make dishes from countries far from Brazil such as Angola, Cape Verde, and Sao Tome and Principe.

Like Batista, Reis’s life was also influenced by things not Brazilian, in his case a trip to Singapore. “When I saw dim sum the first time I thought it was marvelous, so delicate.

Right away I said to myself, ‘we don’t have this in Rio’.”

Reis, born and raised in Rio, gives a personal touch to his dishes, using cassava and palm oil, which are basic ingredients in Brazilian and African cooking. At Dim Sum Rio, he decorates his dishes with edible flowers and green leaves of cabbage to cover them, like little roofs.

Reis had worked in several restaurants but never made it all the way to chef. Although he has a strong resume, he said that in job interviews white colleagues with less experience would always beat him out.

“They always wanted me to be a sous chef, or a basic cook,” said Reis, who grew up in a favela, or slum, in central Rio called Santa Teresa.

In Brazil black or mixed-race people account for 54 per cent of the population but only 30 per cent of leadership positions in companies.

Reis said he would have started his own business earlier if he had seen more black chefs in the news media.

“I only saw black chefs on reality shows from other countries. Here in Brazil I had no reference point. The job market has opened up in the last few years but racism is still very much a part of society.”