CHICAGO (AP) – In a makeshift vaccination centre at a safety-net Chicago hospital, a patient services aide ushers an older woman with a cane toward a curtained cubicle.

“Here, have a seat right here,” Trenese Bland said helpfully, preparing the woman for a shot offering protection against the virus that has ravaged their Black community. But the aide has doubts about getting her own inoculation.

Just 37 per cent of the 600 doctors, nurses and support staff at Roseland Community Hospital have been vaccinated even though healthcare workers are first in line. Many holdouts come from the mostly Black, working class neighbourhoods surrounding the hospital, areas hard hit by the virus yet plagued with vaccine reluctance.

The irony hasn’t escaped organisers of a vaccination campaign at the 110-bed hospital, which until recently was overflowing with coronavirus patients. If seeing COVID-19 up close and personal isn’t enough to persuade people to get vaccinated, what will?

The resistance confounds Dr Tunji Ladipo, an emergency room physician who has seen the disease devastate countless patients and their families, and frequently works side by side with unvaccinated colleagues. 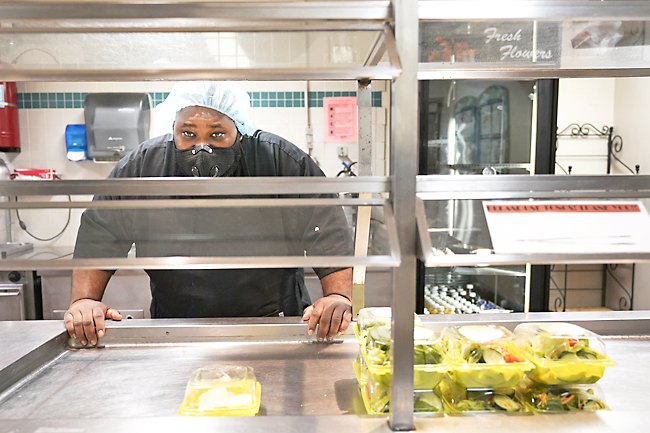 ‘’Why people that work in the healthcare field would not trust the science? I don’t understand that,’’ he said.

Health experts have underscored the vaccines’ safety, noting that their development was unusually quick but based on years of previous research and those used in the United States (US) have shown no signs of serious side effects in studies of tens of thousands of people. But a history of abuses has contributed to distrust of the medical establishment among some Black Americans.

In a recent poll by The Associated Press and NORC Center for Public Affairs Research, 57 per cent of Black Americans said they’d received at least one shot or planned to be vaccinated, compared with 68 per cent of white Americans.

Black Americans surveyed by the National Foundation for Infectious Diseases cited reasons for vaccination hesitancy that echo those of Roseland employees.

The no-frills hospital, five stories of red brick, opened its doors nearly a century ago on Chicago’s far South Side. Adjacent to a strip mall, auto parts store and gas station, its backyard is a residential street pockmarked by boarded-up frame homes and three-flat apartment buildings.

Doctors, nurses and staff are nearly all Black, as are the patients.

It would be hard to imagine that any are unaware of the staggering health inequities that plague the city’s Black community and others across the nation.

Black people make up 30 per cent of Chicago’s population but, early in the pandemic, more than half the COVID-19 deaths. That gap has narrowed, though illness disparities that explain that risk persist, including high rates of high blood pressure, diabetes and obesity. Black people are more likely to have jobs that don’t provide health insurance or the luxury of working safely at home in a pandemic.

South Side neighbourhoods lagged behind wealthier white ones in getting COVID-19 testing sites and recent city data shows COVID-19 vaccinations in Black and Latino residents are far behind white residents.

Without enough takers among hospital workers, Roseland has offered some of its doses to city police and bus drivers. Hospital representatives are scrambling for ways to raise awareness and boost its vaccination rates — posters, stickers, education sessions.

They even brought in veteran civil rights leader the Rev Jesse Jackson recently to get his first shot on camera.

“African Americans have been first to be victims of the crisis, cannot be last to be seeking remedy,’’ Jackson said before his inoculation.

Dr Kizzmekia Corbett, a Black US government scientist who helped develop Moderna’s vaccine, accompanied Jackson. She acknowledged “centuries of medical injustice’’ against Black Americans but said COVID-19 vaccines resulted from years of solid research. Trust in those vaccines, she said, is needed to save lives.

Rhonda Jones, a 50-year-old nurse at the hospital, has treated many patients with severe COVID-19, a relative died from it, and her mother and a nephew were infected and recovered, but she is still holding out.

The vaccines “came out just too fast” and haven’t been adequately tested, she said. She doesn’t rule out getting vaccinated, but not any time soon.

‘’I always tell my patients, just because a doctor orders you medication, you have to ask; you don’t take it just because,’’ Jones said. “Nursing school teachers always told us, when in doubt, check it out,”

Early in the pandemic, the hospital cafeteria shut down for two months when a worker there became infected. Still, hospital administrator Elio Montenegro said that when he questioned cafeteria staff about getting vaccinated, “every single person said, ‘Nope, I’m not getting it.’”

Adam Lane, a cook, said he doesn’t trust the US government. He thinks political pressure rushed vaccines to the market and fears those given in Black communities are different and riskier than the ones offered to whites.

“I’m tired of the COVID. I think we all just want it to be over with,’’ Lane said. “But I don’t want to lose my soul for a quick vaccine.’’

Dr Rita McGuire, an obstetrician and infection control specialist at Roseland, said countering misinformation and mistrust about vaccinations is a daily battle. Many workers ‘’have not forgotten about those studies where they used us as experiments,’’ McGuire said, including the infamous Tuskegee research on Black patients with syphilis.

Many also worry about severe side effects from the vaccine, but those are extremely rare, McGuire told them.

Some say they’ll wait until the spring or summer to get vaccinated. With infection rates still high and the emergence of more contagious virus variants, “that’s too late”, McGuire said.