JAKARTA (CNA) – Five pied stilts with their thin and long pink legs are usually kept in a cage. When they are let out for several hours daily, they have an important task of maintaining the grass field of what would be Indonesia’s largest stadium.

Although the main field of Jakarta International Stadium is still under construction, the five birds have been busy working to find insects and ward off pests for the past year on one of the two completed training fields.

The training field in North Jakarta is laid with hybrid grass, a mixture of 95 per cent natural grass Zoysia matrella and five per cent synthetic grass. The stadium management is reluctant to use pesticides on it.

“We have some uniqueness in our project because we are using the sharp eyes of birds and their animal instincts to spot insects in the grass that cannot be seen by human eyes.

“So we use pied stilts from Boyolali (in Central Java) that can eat the pests and effectively maintain the fertility of the grass without us needing to use pesticides,” said construction manager with Jakarta Propertindo Muhammad Rizky Fauzi. Also known as Jakpro, the Jakarta regional-owned enterprise oversees the development of the stadium.

Pied stilts are a kind of shorebird that are typically found in borders of open wetlands, coastal ponds, mudflats and marshy grasslands. Their slim posture means they can run fast and move friskily on the field. 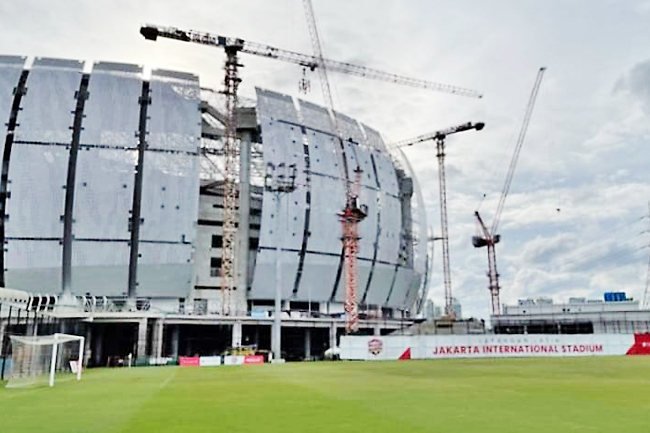 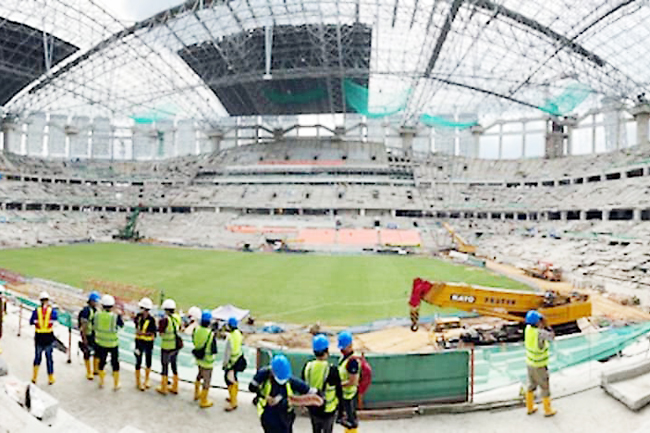 The Jakarta International Stadium is the first stadium in Indonesia to use such birds to maintain grass turfs.

Fauzi said the decision was made based on the recommendation of their construction specialist, who was in favour of green management while developing the stadium according to FIFA standards.

He said that the aim was to receive a green platinum certificate issued by Green Building Council Indonesia.

“The criteria are very strict and we wanted to receive positive points by showing that we are trying to use sustainable development.”

They also use natural fertiliser to avoid chemicals, he added.

These efforts appear to have paid off. The new stadium has been recognised as Indonesia’s first platinum-certified green stadium. It is slated to have a soft opening later this month. The grand inauguration will be in March next year.

Occupying 22 hectares of land, it would have the capacity to house 82,000 spectators during football matches or concerts.

Prior to the pandemic, the construction was supposed to have been completed by October this year. Given the COVD-19 curbs, the deadline was later pushed to March next year.

Fauzi said caring for the pied stilts is not a complicated job.

“So far, it is like raising other poultry. Making sure they are well-fed and they are also given vitamins.

“Just like when you want your chickens to be healthy, you must give them vitamins,” he said.

Apart from eating insects, the black and white pied stilts are also given grain food.

At the moment, the five shorebirds are released every morning so they can peck freely for about four hours on the 11.22 square kilometres training field, accompanied by several animal handlers.

Their pied stilts cannot fly high, said Fauzi. While the handlers allow them to roam freely on the field, they have to ensure that the birds do not run away and escape.

Once the main stadium is finished, Jakpro aims to add up to 30 pied stilts to maintain the bigger field. The birds will likely also be taken from Boyolali. 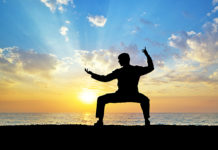 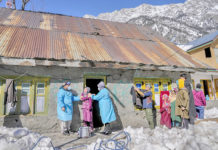 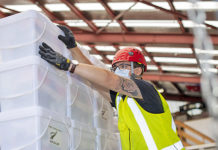