Birds are losing their colours due to climate change

AFP – A study reported how blue tits in the south of France have gradually lost the colour of their plumage in the space of 15 years. It is a direct consequence of global warming, according to the French scientists who led this research.

Published in the journal The American Naturalist, the study was carried out between 2005 and 2019 in the south of France by scientists from the UPV/EHU-University of the Basque Country and the Centre d’écologie fonctionnelle et évolutive (CEFE-CNRS) in Montpellier.

The study focussed on two populations of blue tits – one living on the outskirts of Montpellier, and the other in the northwest of Corsica. These small passerine birds are characterised by their blue crest and their yellow breast.

But, over the course of their 15-year observation, the scientists noted a clear decrease in colouration in the two populations of birds studied. It is a change that the authors of the research associate directly with climate change.

“The change in plumage colour seems to be the result of a combination of a rise in temperature and a fall in rainfall, so climate change would be the potential cause of this difference,” explained the study’s lead author and researcher David López-Idiáquez in the UPV/EHU’s Department of Plant Biology and Ecology.

These changes have not only aesthetic consequences, warned the scientist, as they can also disturb the mating patterns of these birds.

“In these birds, traits such as colouring function as signals to indicate to other individuals the quality of the specimen, which are decisive, for example, when it comes to breeding,” said the researcher.

The blue tit is not the only animal species experiencing a shift in physiology as a result of climate change. In particular, research published in April 2021 showed that milder spring temperatures and earlier snowmelt could contribute to a reduction in the body size of mountain bees. 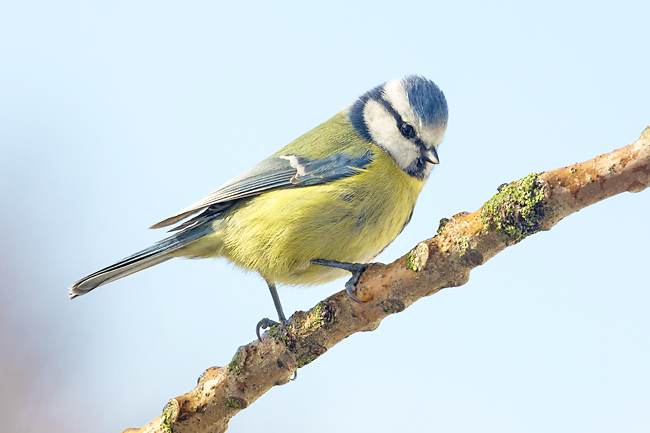