Protecting wildlife through species-specific conservation actions, conserving and restoring ecosystems and wildlife habitats as well as taking into account the crucial role of indigenous people and local communities in caring for and protecting natural resources are among the key measures that could form part of the approach towards recovery and building a better and healthier future.

Executive Director of the ASEAN Centre for Biodiversity Dr Theresa Mundita Lim shared this while delivering remarks at a recent webinar organised by the World Wildlife Foundation and Cornell University on ‘Emerging Disease, Wildlife Trade and Consumption: The Need for Robust Global Governance’.

“Almost a year since the pandemic struck, the connection between biodiversity loss and the emergence of zoonotic diseases such as the COVID-19 has gained wider attention,” said the executive director. “Biodiversity has been talked about more often as we all make sense of the crisis and establish clear paths to recovery.”

She cited Special Envoy of the World Health Organization Director General on COVID-19 Dr David Nabarro about how a holistic, interdisciplinary, and integrated approach helped address the bird flu outbreak in 2003.

“This one health approach is particularly relevant and crucial to a biodiversity-rich region, such as Southeast Asia,” said Dr Lim. “ASEAN has three of the world’s 17 megabiodiverse countries and five countries in the Indo-Burma region, considered one of the most biologically important regions on the planet. Despite comprising only three per cent of the world’s land area, the region is home to 18 per cent of all known plants and animals. 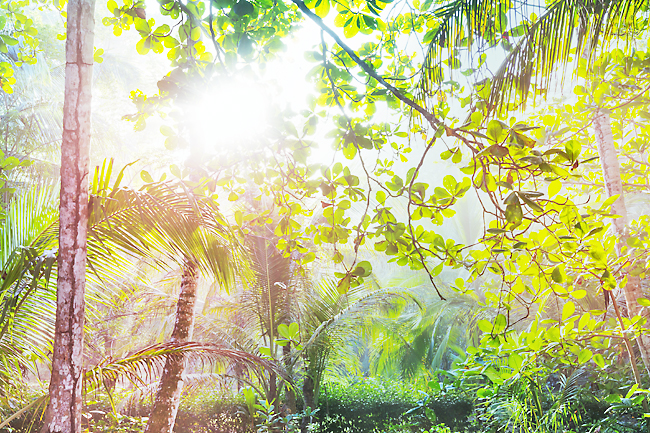 “This richness also makes the ASEAN vulnerable to the spillover of diseases from wildlife to domestic animals and humans. Species that have been implicated as the origins of COVID-19 and other new and emerging diseases thrive in the region.

“For instance, the highly-pathogenic H5N1 influenza, which broke out in humans and domestic poultry in Southeast Asia in 2003, has been found to occur in a number of healthy-looking wild bird species, including the tufted ducks which are present in the region.

“In 2015, my former agency and I were part of a multidisciplinary and multi-institutional team that investigated bats as possible reservoirs of the Reston ebolavirus. We found both molecular and serologic evidence of the virus in multiple bat species,” she said.

Dr Lim also noted that in February, researchers in Thailand published a study on the presence of SARS-CoV-2 related viruses among Southeast Asian bats and pangolins.

“With 346 bat species, three species of pangolins, and over 2,000 migratory avian species, the ASEAN could be a hotspot for the next pandemic,” she said.

She added that while pandemics may originate from animal reservoirs, the emergence is driven by anthropogenic factors which create opportunities for the transmission of virus from wildlife to domestic animals and to humans.

“If we hope to avoid experiencing another pandemic, together with its consequences, I would like to highlight several key measures that could very well form part of our approach towards recovery and building a better and healthier future for all of us,” she said.

“Robust mechanisms for implementing wildlife laws that address illegal and unsustainable use of wildlife at the local, national, and international levels are favourable in keeping the species safe in their natural habitats,” she said. “Reducing contact of natural hosts with multiple varieties of other species, including domestic animals and humans lessens the opportunities for viruses to transform.”

She also underlined conserving and restoring ecosystems and wildlife habitats.

“Deforestation, habitat fragmentation, encroachment, and land-use change put great pressure on ecosystems and displace wildlife species, driving them closer to human settlements, and exposing them further to poaching and man-made hazards,” she said.

She believes that protecting high biodiversity areas that are likely natural habitats and home range of natural reservoirs of potentially disease-causing viruses must be part of an integrated approach to preventing future pandemics.

The executive director shared that in ASEAN, there are more than 2,652 protected areas, and 50 of these are considered regionally important. These 50 are the ASEAN Heritage Parks (AHP), seven of which have cave ecosystems, which serve as important bat habitats, not counting the forest areas that are roosting sites vital to sustaining bat populations. A number of AHPs have wetlands that are watering and feeding areas for migratory birds.

She also noted that the entire ASEAN region is part of the East Asian Australasian Flyway, and ensuring the health of wetland ecosystems will allow a robust and stable waterbird population to help keep viruses in check.

“An effective approach in preventing pandemics takes into account the crucial role of indigenous peoples and local communities in caring for and protecting our natural resources,” she said.

Dr Lim also said, “These communities, along with the local and indigenous knowledge associated with the natural surroundings in which they live, must also be part of our new approach. Their presence within and around the habitats makes them indispensable frontliners in safeguarding biodiversity.

“Through a connection that has been forged through time, indigenous and local knowledge systems that are built around a harmonious relationship with nature are essential in ensuring resilience and sustainability.

“Together with environment-friendly innovation and technologies, traditional and sustainable practices that have been passed on from generation to generation must likewise be incentivised and recognised to instil renewed pride and deliver added benefits to those who apply them.”

She said that in the short-term, economic stimulus and biodiversity-friendly livelihood programmes for communities in and around protected areas and wildlife habitats, especially during this crisis, can substantially help reduce the pressure to exploit and overutilise natural resources.

“Let me stress that we do not need to reinvent the wheel to ensure a sustainable future for wildlife and humanity. The solutions in averting pandemics, and building our resilience may not necessarily be found in another planet, but is here among us, in nature, in our biodiversity,” she said.

The executive director proceeded to note that in November 2020, ASEAN leaders adopted the region’s comprehensive recovery framework, which includes guidance in advancing nature-based solutions to increase the region’s resilience to crises, such as disease outbreaks.

“The implementation of the ASEAN framework will require a whole-of-community approach and cross-sectoral collaboration, including mainstreaming biodiversity across relevant sectors and encouraging a change of behaviour that addresses the root causes of the pandemic.

“The mass roll-out of COVID-19 vaccination may have given us confidence that the end of the crisis is almost in sight. But we should never lose the learnings and warnings of this pandemic and that this may not be the last.

“Our new approach must not consider this crisis as a single event but part of a recurring challenge that needs us to recognise that people, domestic animals, wildlife, and environments are interconnected,” she said.