PORTLAND (AFP) – US President Joe Biden on Saturday said the latest testimony and video evidence presented by lawmakers probing the deadly 2021 attack on the Capitol – including footage of House leaders asking for help – was ‘devastating’.

Biden, who was speaking during an impromptu ice cream stop in Oregon, where he was campaigning for Democratic gubernatorial hopeful Tina Kotek, called the case presented by January 6 committee members ‘fairly overwhelming’.

“I think the testimony and the video are devastating. And I’ve been going out of my way not to comment and see what happens. But it’s – I think it’s been devastating,” Biden told reporters.

“But any more I say about it, you – justified – are going to ask me if I’m trying to influence the attorney general. I’m not. I’ve not spoken with him at all.”

On Thursday, the House panel into the January 6 riot – comprised of seven Democrats and two Republicans – revealed a new video of Congressional leaders desperately calling for help as the melee unfolded. 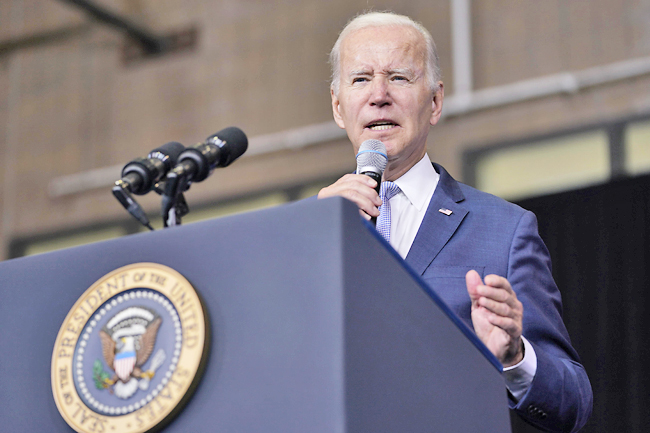 In what was expected to be the final hearing of the committee before crucial midterm elections in November, the lawmakers aired the previously unreleased footage of House Speaker Nancy Pelosi and others in a secure location.

The committee also voted to subpoena former President Donald Trump to testify on his role in the violence.

The vote came as a spectacular coda to an already stunning hearing in which the committee offered fresh evidence that Trump had planned to declare victory in the 2020 election – regardless of the outcome.

Trump had a ‘premeditated plan’ formulated months before the vote to claim he had won on election night, whatever the vote tally showed, panel member Zoe Lofgren told the hearing, citing evidence gathered by the committee.