Biden took up the case of Theary Seng in talks with Cambodia’s strongman ruler Hun Sen on the sidelines of a summit of the Association of Southeast Asian Nations (ASEAN) regional bloc in Phnom Penh.

A White House statement after the talks said Biden “called for the release of activists detained on politically motivated charges”, including Theary Seng.

The 51-year-old dual national began a one-week hunger strike lastMonday in protest against conditions in prison.

The lawyer and campaigner, a long-time critic of Hun Sen, hopes to compel authorities to transfer her from her current jail in the west of the country to one in Phnom Penh.

The 70-year-old prime minister is Asia’s longest-serving leader, with critics alleging he has wound back democratic freedoms, used the courts to stifle opponents, and jailed scores of opposition activists and human rights defenders.

Theary Seng was among scores caught up in a push to detain and arrest former members of the now-dissolved opposition Cambodia National Rescue Party, human rights defenders and any dissenting voices to the administration. 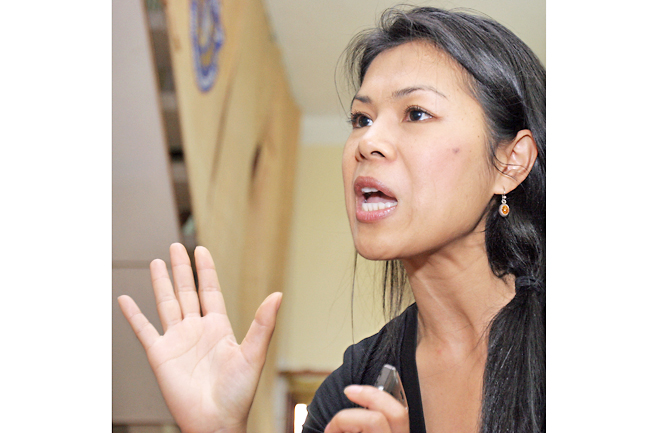