CNA – Expanding waistlines have little to do with individual responsibility, and everything to do with how we live and work.

Next time you find yourself discussing the plethora of health problems facing the world today, try a little experiment. Glance at your watch and check how long it takes until someone says it’s all down to obesity. My guess is it will be within the first five minutes, at most.

To be clear, rising rates of obesity do contribute to all of these things and many more, but to identify it as the cause of a problem is as useful as the football coach who observes that his team are losing because their opponents scored more goals.

Obesity is not the cause of a problem, but a symptom.

Over the past 50 years, no country has reversed the trend of rising obesity. It seems increasingly likely that one reason for this is that public (and policy) understanding of its drivers is woefully outdated, meaning that most proposed remedies – such as food labelling – are misguided, and many accelerants – such as stress and abundant processed foods – are unchecked. 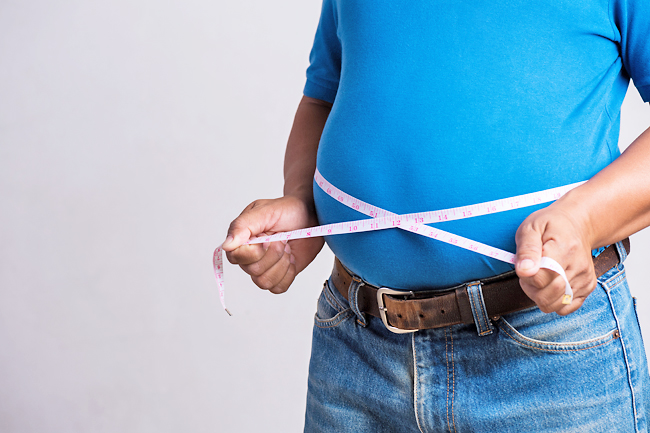 The “individual responsibility” idea, that people gain weight due to self-destructive decisions that they can be enlightened out of, has proved false. The view that it is simply a matter of calories-in minus calories-out has also been debunked.

While people who consume plenty of calories can increase the amount of energy they expend by doing more physical activity, those who reduce their food intake in an effort to lose weight find that doing more exercise has little to no impact on calories burnt.

The body compensates by cutting down on energy for other functions, making weight loss much harder than weight maintenance.

There is now a scientific consensus that whether or not someone becomes overweight is, for the most part, the result of the interplay between genetic predisposition (responsible for around half of variation in body mass index), and environmental factors.

Even putting aside genetic differences, it is only trivially true to state that those who consume more or lower-quality calories increase their risk of gaining weight or developing related health problems. The question is why people consume differently.

Another found that among people with a predisposition to gain weight, lacking control over what tasks they perform in their job, and how they do them, was strongly associated with weight gain.

In James Bloodworth’s book Hired, after working the latest in a string of mentally-deadening night shifts in an Amazon warehouse, he describes requiring “an emotional palliative”, typically in the form of food or drink.

Perhaps the most striking example of the role of external factors in weight gain is the sharp rise in obesity reported in many countries during the pandemic, with disrupted routines and increased stress highlighted. Yet such is the state of evidence-based policymaking on obesity that we find ourselves in a situation where calorie labelling is now compulsory at most restaurants in Britain and the US and weight-loss advice is everywhere.

Meanwhile, the share of processed food in western diets and the number of fast food restaurants have never been higher, and the share of people reporting little influence over their tasks at work has jumped since the 1990s.

Obesity shows us primarily what is being done to people, not what people are doing to themselves.

Increasing healthy eating and exercise are admirable goals and will improve health outcomes regardless of their impact on weight.

But if any country is to reverse one of the world’s most stubborn trends, its policymakers must recognise that the solution will come not from haranguing people, but from improving the quality of their lives and their environment.