The Four Wheel Drive Association of Brunei Darussalam has been active in both local and overseas expeditions to put their endurance to the test as well as extending help to the underprivileged.

One notably excursion was from member Vance Lee two years ago, when he signed up for a gruelling six-day climb to the base camp of Mount Everest.

“It was my mission in life,” he said.

Lee also went on a solo drive to rural parts of Thailand and Cambodia as part of the International Asia Cross Country Rally, during which he was “lost in the middle of the jungle, with no GPS and equipment for the vehicle”.

Despite the challenges, he managed to find his way back to the finish line.

However, he admitted, “driving a four-wheeler and competing have taken the toll on my body, including a back injury”. 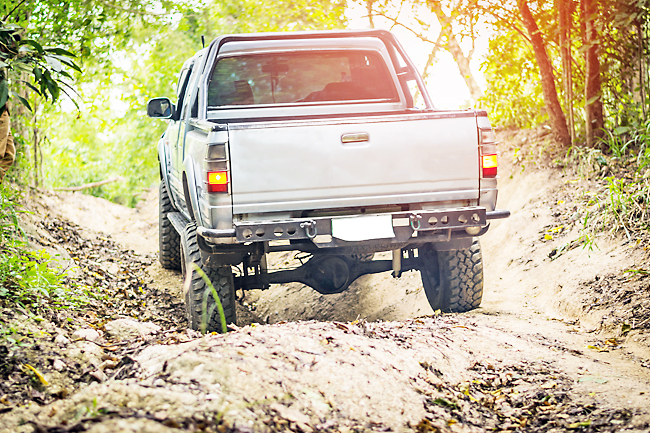 Other than “bold tasks”, Lee said the association is also involved in charity including voluntary work and assisting flood-stricken victims.

“Doing noble work brings so much satisfaction to me and other members. It proves that no matter how small a deed is, it has the potential to morph into something meaningful, especially when it comes to giving back to the community,” he said.

At the height of the COVID-19 epidemic, he said, the association delivered 150 beds to the National Isolation Centre in the Tutong District and continued to offer assistance until July when the outbreak had been largely contained.

The association also partnered up with Yayasan Sultan Haji Hassanal Bolkiah for voluntary work and joined expeditions to donate clothes to the underprivileged, as well as offering assistance to flood-stricken victims in rural Tutong and Belait.

“It was not easy to transport food to the victims,” he said. “We also feared predators such as crocodiles and snakes in the area as well as our vehicles going haywire when navigating flood waters.”

Lee added that it was a nerve-wracking experience, especially with flood waters reaching waist height.

He recalled a four-wheeler falling into a drain as the driver “missed the track, and the car ended up submerged inside the ditch”. It took the convoy an hour to free the vehicle before continuing on their journey.

Despite a few brushes with death, members’ sight was firmly on the mission.

“The villagers were mostly elderly living in remote areas. The road was impenetrable and the residents were running out of food,” he said.

The relief effort in Kuala Ungar on January 24 was one of many projects taken on by the association as part of its initiative to give back to the community. The members also brought food to flood victims in Benutan, Kuala Ungar, Rambai, Sungai Mau, Bukit Sawat, Labi and Sukang in rural Tutong and Belait and Temburong District.

They also held a charity drive to Sungai Mau, Labi and Mendaram Besar Longhouse in collaboration with Project FEED, Lotus Light Charity Society and Lions Club to bring cheers to Chinese folks ahead of the Lunar New Year celebration.

Haji Ibrahim believes teamwork is paramount when it comes to challenging tasks such as relief missions.

“No one is the boss when it comes to projects such as rescuing flood victims from their calamity,” he said.

“To us, it’s all about helping the needy.”

He added, “Helping the underprivileged in time of need brings us joy, thus we try to lend a helping hand whenever possible.”